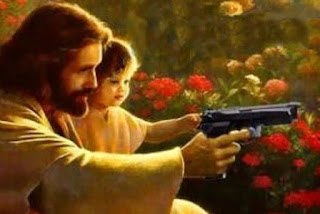 The Dobbs bomb dropped today, and it was already quite a week for SCOTUS conservative signifying. There was an elevation of the free exercise concept regarding religious liberty over the establishment clause, which feels sloppy as hell. Free exercise doesn't to my mind imply taxpayer-funded exercise. We have now introduced a situation in which, having opened the door to funding some religious-operated schools, would the state government be determining a cut off at some point?  All religious schools? Scientology, Hare Krishna, Church of Satan?

(Look, I'm not a Mainer or Maine's mom or anything, but why do you have such a thing as areas that don't have an actual public school? Instead of offering tuition to anyone, just do a school. I think the world would be a better place if there were more schools. Figure out where there is a gasping need, build it. I don't know how a community exists that doesn't think there is a need for a local school, but okay, village, if you don't build it, the state can just step in that way. Shrug. Of course, I don't believe in private or homeschool education because there's a risk of things being way off standard. Ever see the Abeka curriculum? Yikes on bikes.)

But while the conservative justices were feeling extra cute with their decisions (history might delete later) it's no surprise that Thomas once again added to the obvious furor that the Alito-written Dobbs decision was going to cause by actually saying the unravelling part out loud--yeah, we're coming for Obergefell, Lawrence and Griswold.  (Who is going to check us, bitch? he did not add.) You don't have a private life that isn't dictated by the state. We can control your vertical and horizontal--the outer limits of your physical choices. You will fornicate inside the lines. God will decide if child will issue or not. If you die, you die.

But what is going on with the Court? Eh--they are doing it because they can. The decisions are shitty and unlikeable, but these mad bitches are in a reality program where they aren't here to make friends, they are here to control people because that's been the rightwing mission for decades. They aren't elected and they aren't term limited, so they can be as bad as they want to be, and they can write really bad decisions just to rub our noses in it. And don't get me started on Roberts, because Holder v Shelby and Citizens United. That bitch. That bitch right there. Don't talk to me about some institutionalism or I will put you under an institution.

It's really pretty fucking illegitimate, right? The justices put here by presidents who did not win the popular vote, and who were to some extent finagled into place because Obama did not get a choice in 2016 and Trump got a fast-tracked choice in 2020, can do what they want. I don't want bad things to happen to these happy asses as people, but I would dearly love it if for once in their privileged lives they understood bad shit happened to other people and the law was supposed to be made for them, not to fucking make their lives worse.

You all heard me: Man was not made for the Law, but the Law for Man. Woman doesn't come up, but should. My body* was not made for the law. My geriatric uterus has still has maybe five or six years left on the transmission, but I'm long out of warranty and no one would account for the performance of my past sell-by eggs. If I were to become pregnant, even at this stage in my life, I would not be like Sarah who laughed or Elizabeth, whose heart leapt up. Oh Mary, would I weep. Because the son of man was born to suffer since Eve. and so was I. And I don't know what danger my sprog would be in, and I don't know what danger I would be in, but I know all the reasons why I would want to be able to stop that process if I could.

If the only way I could show love to my baby was never to have it why not give me that choice?

(I know why conservatives wouldn't. People like me. My compassion and rational decision, The liability of anything but belief and submission.)

Kandiss Taylor of course is exulting. And the Supreme Court is demonstrating the Christian Nationalist pull of just those three things.

They support Christian schools, the arming of Americans, and the heteronormative philogenerativity. The mandate to be fruitful and multiply. Even if one's best contribution to society is a quite other kind of fruitfulness, like some work of science or art or public work.

This Court doesn't care if these decisions are bad or how they violate stare decisis.  They care that they are what conservatism demands. And I think they are bullshit. And we need to remove from office the kind of people who think this court did anything right, here. They were activists, and turned back the arc of justice. We need to reverse this.

* But I'm not talking about me alone, but women I don't even know, and even mature little children, with bodies big enough to do what no child their age should, whose experience of sex is something appalling but nonetheless results in pregnancy. But the idea of consent and exemption is swept away because nothing even enshrines it--not even the bare minimum of a bodily right.

It is sad, and the current reality, and it must change.