Think of the Poor Trump Children! 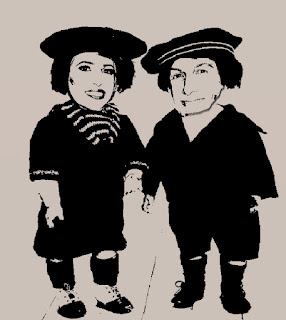 "They'll go after children!" conjures up an image of malicious beasts randomly attacking minor family members for the sins of the fathers, but when Donald Trump says it, he means the January 6th Committee has questions for his middle-aged daughter, Ivanka Trump, a former White House Senior Adviser. If he really wanted to keep his children of-limits regarding investigations into his wrong-doing, he could have kept his daughter and son-in-law out of the White House by not offering them jobs (that came along with, let's never forget, security clearances they would not have otherwise been able to obtain and truly interesting business opportunities).

No doubt, she follows in her old man's footsteps, but he apparently wonders where a line of questioning into her point of view might lead.  And what a shame--he always did like her best!

UPDATE: I mean, they are his kids, and it shows.

...and they've been going after hunter biden since before joe declared as a candidate.

Amy Carter and Chelsea Clinton were the object of cruel jokes when they were literal children. I'm short on sympathy for these (as you correctly note) middle-aged people.