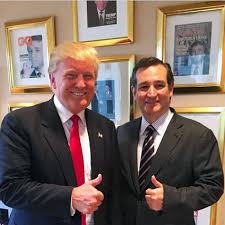 Make of that what you like. I just think it's great that Ted Cruz reverted to the guy I kinda thought he was before I got comfortable thinking of him as the guy he temporarily wanted to be.
at September 24, 2016