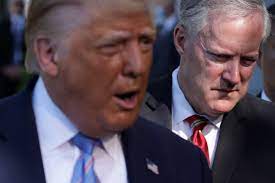 Now, I have a guaranteed break-even strategy regarding gambling that has never failed at me not losing money--I don't bet. That's one way to never lose. The TrumpWorld folks aren't me, a working-class kid with a tenuous middle-class existence in adulthood. They are whales, machers.  They live whole lives of fucking around without the guarantee of finding out. They gamble. They risk a whole country. That's why I write about TrunpWorld, in part--the fascination for how they think.

So, you all know about Alex Jones' phones and the specter of some "intimate conversation" with Roger Stone? (Yes, I had to do a third-eye wash to not see the word "intimate" and "Roger Stone" together and be like "Ewwwwwww." It's probably way more like Stone's entirely not weird caught on documentary video conversation with Matt Gaetz about pardons than the way my brain tried to interpret "intimate".)  Yeah, I think there's more there though. There's supposedly two years worth of communications, and it's not like Jones is in the Secret Service and has the incriminating bits extremely intentionally wiped, right?

The worst thing about a conspiracy is that the people in on it have to communicate to keep their cover-up alive. Is that why Trump isn't supposed to talk to Mark Meadows anymore? This is a reasonably fraught thing--it might very well legally benefit Mark Meadows to shrive himself before the DOJ or the 1/6 committee, but there is hardly anything in this world Trump loves like he loves loyalty tests and witness tampering.

It's clear that Trump's current legal team understand the circle is tightening. Former White House Counsel Pat Cipollone has been subpoenaed by a federal grand jury regarding his knowledge of events re: 1/6, and claims of executive privilege regarding Trump are basically really slim. Trump is not president and preserving his time in office is a campaign goal, not an official task of the executive office.

And then there's the funny old thing about the revelation that Trump DOJ lawyer (oddly working on behalf of the Trump campaign) John Eastman was still looking for the very elusive proof of the voter fraud that didn't exist weeks after 1/6.  He was also looking to get paid. This is so amateur. Trump believes he should be defended because his cause is always sanctified and is its own reward because he is who he is, and I don't know how Eastman (or Giuliani, or anyone else) failed to notice that. Also, too, Eastman and Giuliani and other lawyers never did get pardons, because like a Trump wife or girlfriend, he expects his lawyers to get themselves off.

Even Trump's 1/6 rioters know the buck should stop with him. It's his "privileged" associates who are late to understanding their legal jeopardy in all this.

Trump is at the center of this, and it's his party, and he should cry if he wants to, but all signs point to his culpability. And if he doesn't get served, boy, I don't know. I just don't.  But I don't like what that implies.