They Don't Care About Kids or Women 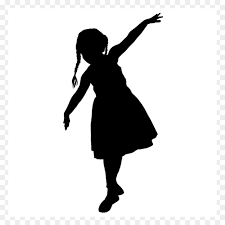 The sinister thing about the anti-abortion, anti-LGBT right is that they frame things in the most self-righteous way: It's for the safety of women! It's for the children! We're saving the unborn babies! The most vulnerable people of all!

And it's horseshit. I asked in a blog post recently, "What do you see?' regarding Proud Boys terrorizing a drag story hour and the types of laws that would mandate anatomical inspections for children's sports. Who is actually causing the harm?

Now that Roe is overturned, we're seeing GOP lawmakers increasingly talking about passing laws that would remove any exceptions for abortion in the case of rape or incest, regardless of age.  They might, as AR Gov. Asa Hutchinson put it, prefer a different outcome than a minor child giving birth, but don't see it as something they have any desire to help prevent.

So that is the sort of thing that absolutely will happen. Even in the case of a 10 year old, that might be prevented from even being taken to a state where such an abortion is legal. A 10 year old. A little kid.

Now, I know Republicans don't care about little kids--we've seen how they respond to even the mass shootings of little kids at Sandy Hook or Uvalde. They can talk about "grooming" with respects to simply learning LGBT people exist, but they are a little leery of talking about age of consent laws or ending child marriage, which is one way to put a fig leaf over child rape. And I don't hear a peep about parental rights for rapists out of them.

They are fine with rapists becoming fathers, and being able to continue to victimize, even unto a second generation.

That self-righteous "It's to make stronger families and save the children" bullshit should be punctured for the politically self-serving cruelty it is. We know it will cause harm because it already has been--that's why people fought for the right to reproductive care in the first place!

They don't get to make noises about women and children when these are the results. It isn't about morality--it has always been control.

UPDATE: So, apparently, Phillip Gunn, MS Speaker of the House, who as above noted, is fine with with 12 year-old incest victims giving birth, helped cover up the Southern Baptist sex abuse scandal because sometimes terrible things do happen to children, but wouldn't it be really terrible if something happened to the church that perpetuated their abuse?  Self-righteous piety--not protection of children. That's what we're looking at.

Rape-publicans care about women & children, the same way they care about Veterans, i.e. they don't give a shit about them other than to use them as a rhetorical cudgel to bash The Left.

I have yet to see a single other person say this, but in my opinion, the reversal of Roe has absolutely nothing to do with women's rights. It is totally about rejecting the concept of stare decisis, leaving the six corrupt Conservative Supreme Court Justices free to make any ruling that suits their rich masters, regardless of its previous legality. This is a companion action to their supposed adoration for original intent, which curiously only seems to be cited when "original intent" can be twisted to fit their desires. The obvious example of that is their interpretation of the second amendment, which is utterly contradictory to the actual intent of the framers of the Constitution, as explained in detail in the Federalist Papers. In fact, now that they have their 6-3 majority, it is their intention to usher in an era of lawless government, in which whoever can pay the most money gets the "laws" they want. Believe me, the worst is yet to come.