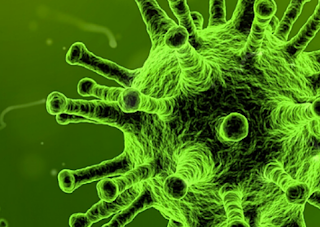 The thing with Covid-19 is that Covid-19 started in 2019 and it's 2021 and we're still going through it, and it does not look like we are getting out of it for real anytime soon. Sure, maybe in the US we didn't think we had a COVID-19 problem until sometime in early 2020, but the thing with a pandemic is, by the time you know you've got one, depending on the rate of transmission, it's already ahead of you. Viruses replicate quickly, which means mutations are just this amazing verification of Darwinian stuff we can watch in real time, and in a kind of entirely unamused anxiety.

And on news that there was a kind of "Nu" variant, the financial market was already reacting to the fear that we were going to have spikes like we saw with Delta. Which is entirely probable. It appears the mutations with the Omicron variant specifically would relate to the protein spike that vaccines and antibody-based treatments attack, meaning that this variation could be more likely to evade vaccination, and possibly earlier infection.

So, a couple of things: transmissibility does not equal deadliness. We can't be sure that the Omicron variation is more likely to kill someone than its better-understood kin. Also, less protection against a specific variant isn't the same thing as no protection--it still makes sense to be vaxxed to the max. But with caution, I do think it is interesting that Omicron variant-infected people identified as having traveled from South Africa are represented by at least one person not at all vaxxed (in Europe) and vaxxed plus booster (Israel). This shouldn't tell us vaccination is useless--it should tell us we need to vax harder because we aren't getting "herd immunity" any other way!

And our failures in doing that are partially a capitalist choice, and partially a disinfo failure. In a culture that values free speech, democratic free nations suck at figuring out how to shut down liars and grifters. Also, I have to commend South Africa for identifying this variant, that will be attributed to having developed in SA unfairly. It could have happened anywhere--it was discovered in South Africa because they are a leader in virology science.

Also, I have to be an entire arse about the name--how we could have had Abbot and Costello fun with the New/Nu variant (ok, it's not that funny, but still!) And it's clearly not funny that the western lettering Xi is the same for the Chinese president and for the Greek letter Xi that the new variant could have been marked by, and that also seems like it had humor potential but no--not very appropriate.

I like Omicron as a name. It is the Giotto circle simplicity of Greek letters, but it is the 1980s Transformers-level naming for villians. The Omnicron variant. OMG, by Crom!. If a virus was as big as a micron, it would be a very big deal.

Look, I take my inappropriate humor where I can get it. And I think Pfizer and Merck and them already know how to do a booster for this new development. I'm not actually all that phased because we know the drill by now--mask up, wash your hands. But I always suspect someone will try to politically benefit from disaster. And that is what this COVID set-back represents. And I hate that, because the people who would do that are the actual worst.

Omicrom: Perhaps, I misjudged you. Proceed... on your way to oblivion. (Transformers 1986).

AS in the movie, The Perfidous GQP, like the Decepticons would ally with a world destroying monster if it granted them temporary power....