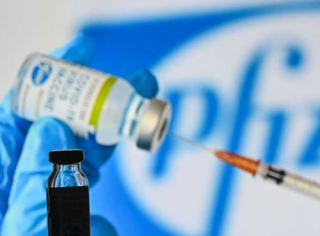 I got my second Pfizer jab today, and other than a slightly sore arm (only noticeable when I raise it) I feel pretty good. I'm basically glad to be all shotted up, and that I'm not going around all half-vaxxed anymore. I'm not even mad that I might need a booster in 6-12 months, because, welp! Being vaccinated beats the alternative.

There's a lot of weird misinformation out there and weird people who spread it. I don't really feel like going into what weird shit anti-vaxxers are saying because it's not really an intellectual problem--I think wanting to believe that COVID-19 is not very dangerous and that Big Pharma is out to get folks stems from distrust of, well, everything. News reporting. The idea of expertise. The unknown. As I posted earlier about the "abundance of caution" phrase and why it doesn't set people's mind at ease, people mostly don't assess risk mentally, but with their gut.

And guts don't know stuff. They feel. People live in hope and buy lotto tickets because "any day, now". They live in fear and have a small arsenal in their basements because Armageddon's coming. They convince themselves they drive better after two drinks and no one gets pregnant their first time. They have lucky articles of clothing and avoid intersections where they've had a crash before.

If the average random person has come to the conclusion that vaccines don't work or are actively harmful or are somehow worse than a virus that has killed 3 million people worldwide and badly whupped the behinds of millions more, it says something about their experiences before COVID-19 ever came around--it tells a story about their opinions of journalism, science, the pharma industry.

I guess facts can partially help. If someone wants to get stroppy about wearing a mask, you can ask them if they wear a seatbelt. Odds are the answer is "yes", and how odd, only about 37K people die from car crashes a year compared to 500K from COVID in the past year, so.... You can point out that thanks to vaccinations, polio and smallpox have been nearly eradicated, and hardly anyone gets measles or mumps anymore. About 40-something percent of Americans voluntarily get flu shots each year (that number should be higher).

As for side -effects, nothing's perfect. I'm seeing people doing incredulous post hoc, ergo propter hoc nonsense out there, just breathlessly going around like "This gut died after getting his COVID shot! Sure, he was 90/had cancer/anvil fell on his head, but it just goes to show you!" The drug companies aren't trying to kill you with side effects in much the same way they are not trying to get their whole entire asses sued off. And, like, how does it even benefit them to kill you, a potential future customer of their other fine products in your tottering old age?

It's just something I've been thinking about, lately. There's a lot in common between responses to COVID-19 and climate change (like denialism, or thinking it's real, but happening to other people, or that it'll pass, or that it--a natural phenomenon--can be bargained with), and in part, there's also a major political component. And I have a lot of venom stored up for people who seem to be intentionally misinforming about the science, too. We need a vaccination against assholism, too.

Posted by Vixen Strangely at 12:56 AM


GREAT idea:
A vaccine against the disease of "Assholery."
That could save humankind.