Take Your Bill of Attainder and Shove It 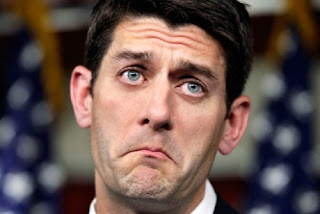 In news that does my heart good, DNI James Clapper denied House Speaker Paul Ryan's dumb partisan request to deny former Secretary of State Hillary Clinton classified intelligence briefings. As I linked to last week, this was what Republicans were trying:

Ryan, in a letter dated Wednesday, formally asked Clapper to "refrain from providing any classified information to former Secretary of State Hillary Clinton for the duration of her candidacy for president" because of the FBI's findings. The letter was obtained by Reuters from a source familiar with the matter.

Ryan, a Republican vice presidential candidate in 2012, said he was aware Clinton would begin receiving classified intelligence briefings after the Democratic National Convention if she is formally nominated as expected. Presidential candidates are customarily provided such briefings.

The "FBI's findings" being that they couldn't reasonably charge her with anything. So they wanted to "appropriately sanction" her for? Now, sanctions are appropriate if you've proven someone has done something (and FBI Director Comey's comments about recklessness sort of got pushed back a little with the slightly clueless line of questioning House GOP Reps offered). If you otherwise are just trying to declare someone guilty of something as a matter of legislation, then that would be a bill of attainder, which isn't a very Constitutional thing.

Anyhow, what Clapper explained was that presidential candidates receive their briefing because of their status as nominated candidates for the office of the presidency--this is just information they will need if they are going to be up for the job, and their qualification was getting here. The primary process was the vetting.

If Speaker Ryan is queasy about a former Secretary of State receiving this information, but has no qualms about a petty naif  like Donald Trump who has never handled this information before, having it, this says a lot more about Ryan's judgment than it does Mrs. Clinton's. And given that Ryan was second banana on a presidential ticket himself, I am more than pleased about the bullet we dodged. Whew--say Wisconsin? Rep. Ryan has a challenger. I think maybe Mr. Ryan needs to go back to the Weinermobile.