The Object of Something 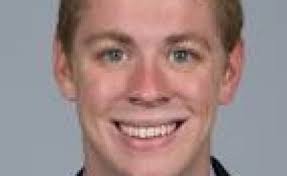 Sometimes things get twisted, you see? It's hard to understand what feminists are on about when we point out that for many women, things go wrong in a flash. We aren't pure enough to deserve justice, sometimes. We aren't appreciative enough. We say "no" when we were supposed to mean "yes"--because OMG--the effort of even trying to ask, amirite? This thing about our choices--why are we so insistent? Because videos are sometimes taken of us when we are unconscious and never consented, and because penetration is done to us when we might be unconscious and never consented.

Just like Brock Turner shared pics of his victim's tits with his buds.  Just like other women recognized that he was totally odd.  The view from what women see is different from what men think they know--and political correctness and hook-up culture are not the real culprits.

Brock Turner assaulted an unconscious woman behind a dumpster. Ask yourself if that sounds like she was willing. If that has the odor of romance and consent. Because I would say it doesn't seem right to me.

And that's why I also think the sentencing was foolish--isn't it apparent by now that people who want to do harm to women, might even be on the verge of harming "real people"?  Maybe there's a question about whether signs matter.  I think misogyny is a kind of human-hating. And I think that attitude has to be addressed--who do you see as not human, and why? Why do you see people as objects of violence?  Why women? Why anyone at all?

I do not need his victim's name to know she was made an object. A Thing. I think the world would be way better served if people saw others less as things and more as people.
Posted by Vixen Strangely at 3:42 PM

I'd like to see him at least have to serve out in the state penitentiary. Because I know a lot of ex-cons. They have moms, and they have sisters, and they have daughters. And young, entitled Brock would learn a few things about power imbalances in San Quentin that he would not learn in Elmwood or Santa Rita.

One of the least self-aware things to read in the letters prepared by Brock Turner's parents on the subject was their fear of what might happen to him in prison. While I think any violence or nonconsensual encounter is obviously problematic, when they indicate that their son would be vulnerable and subject to attack--seriously? Because that is basically the dynamic he had with an unconscious woman.

There's a lot that corrections could do about prison violence and particularly prison rape, but the don't because they have this mindset: "Hey, you're inside to to punished, so toxic food, bad medical care, violence, rape and torture are all part of the deal. If you can't do the time dot dot dot..."

But sometimes prison violence serves as its own kind of justice, because you can never forget that these aren't stereotypes, they're human beings who have lived lives and see suffering and many of them are bullies in their own right, but hate the idea of poeple they love being bullied and hurt. And they have nothing better to do than to lash out...