MP Jo Cox was One of the Best 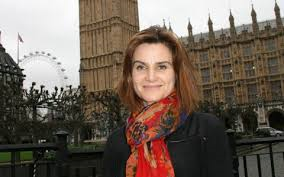 The news that a young, vibrant Labor MP was shot and stabbed by a person who might have hollered "Britain first!" has been shocking, to say the least, especially taking in her spirit of service to other people and the young family she leaves behind. Although the current newsworthy battle regards Brexit in the UK, there's no telling what exactly set Thomas Mair, her alleged killer, off.  But her life of concern for others should outshine whatever dark demons prompted his horrific attack.


In the words of her husband:

'She would have wanted two things above all else to happen now, one that our precious children are bathed in love and two, that we all unite to fight against the hatred that killed her. Hate doesn't have a creed, race or religion, it is poisonous.'


Although it's barely possible that the man who murdered Jo Cox was of unsound mind, it is highly possible that he perpetrated this act due to politics. Politics. A difference of opinion. How terrible that for a difference of opinions, this decent person lost her life! That violence knows no better name than hate. And I think that some of her loves--Oxfam and work on behalf of the plight of refugees, are a good answer to the hate--in her memory, support them with charity. She spoke out for human rights and feminism, keep them in mind.

She was, it seems one of the best. In her memory, let's give our all to fight our worst.

Posted by Vixen Strangely at 12:41 AM