Is Mike Huckabee a Serious Candidate? 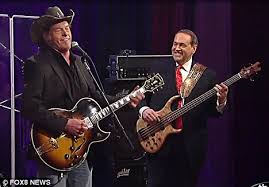 I've expressed my extreme skepticism before that someone like former AR Gov. Mike Huckabee could actually mount a serious run for the White House, and I may have even snarked at how obviously brand-reinforcing he seems to be. But within a really short window, supposed 2016 GOP-presidential hopeful Mike Huckabee has been pretty brutally self-disqualifying for anything other than a possible "place" in the GOP primaries. There is no way in hell he could win in any general election. I'm kind of thinking it's weird that anyone is taking him seriously, for now.

It's not just because of articles like this that suggest that multiple runs engender a familiarity that breeds contempt. (Although that's the kind of thing I'm sure Governor Romney had on his mind.)  It's because Huckabee has exactly no interest in sounding out where the current electorate is or even trying to message for a larger audience.

For one thing, he's been reiterating his winning line about a "beheading being worse than a sunburn". Of course, a sunburn isn't even on the actual list of the perils of climate change, which include drought, famine, flooding, forest fires, infestations, water shortages, refugee situations and wars over dwindling resources, which could very well include "beheadings". He doesn't merely seem ignorant about the real issues of climate change and environmental damage from our unsustainable industrial practices--he's downright glib!

Just recently, Alabama became another of the many states that now have marriage equality. The tides are turning regarding acceptance of gay and trans people and their relationships with respect to marriage, employment, military service, and the right to health care and civil protections against their being singled out and facing harm on the basis of their identity. And yet here's Mike Huckabee--equating gays (well, the LGBTQIA mishpocha) in a uniquely tone-deaf fashion, or anyone else being a proponent of civil rights for all as being like...the Nazis?  Because people who make cakes or take pictures might be asked to not discriminate regarding a class of people seeking their services for payment? (And FWIW--no, it is not "slavery" to be paid for services rendered to people of whom one doesn't approve, or who knows how many retail establishments or restaurants would be basically all about the slaving, since there is no way at all to assure "approval" in any sense of all one's clientele.) But to get granular--how is it not "hate" to equate people wanting to marry and settle down and share expenses and raise a couple kids with notoriously efficient mass-killers? In what way is calling gay folks "Nazis", as if marrying the person you love led to death camps, not just ridiculous, but obviously and manifestly hate-speech?

In reference to President Obama's National Prayer Day remarks, he had an interestingly muddled message--he thinks, for one thing, that Obama has an "undying support for Muslims" (*cough* "is a Muslim" did he not say but mean? My thoughts about which-regarding religion and race.)  But he also has an interesting take on the idea that Christians were involved with slavery and segregation:

“He also brought in Jim Crow laws as if it was Christians who were responsible for racism in America,” the former Arkansas governor continued. “I think he’s forgetting that it was the Christian movement, led by the Rev. Martin Luther King Jr., who resisted racism. And many of the most staunch voices that helped to bring this country in a whole new understanding of racial justice were voices from the pulpits… Same thing with slavery.”


As even I've pointed out, sure, the abolition and desegregation movements were spearheaded by Christian clergy for the most part. But if one acknowledges that the pilgrims who first colonized this country were Christian, and that the Founding Fathers were Christian, then the actual existence of slavery and segregation in the US is by no means separable from our Christian heritage--unless one wishes to give up the very idea of our existence as a Christian nation in the first place. Which if you looked at things my way, you could--but then you'd disestablish every claim to our Constitution countenancing a theocracy. As for me, I'll allow that yes, our Founding Fathers were Christian, and they sure had slavery and never recognized it for the great moral evil it was--because their book recognized no such thing. And that we grew as a nation to understand that all men had certain unalienable rights because this was a necessary lesson of our patrimony from those bigoted ancestors who had neglected to include our African-descended fellow-men--but still gave us the language to acknowledge them later on. Just as our patrimony leads us to recognize same-sex matrimony with a recognition for equal treatment by all under the law.

There is much about Huckabee's POV that is deeply worrying. But I'm not worried too much about whether he could be president. Well, maybe a little. But overall I think I shouldn't be.
Posted by Vixen Strangely at 12:26 AM

He's a grifter like Mooselini, albeit more diligent. (He didn't quit.)

But these people serve the plutocracy's purpose: They make sane people more willing to vote for an ever-worse 'lesser evil'.
~

Excuse me, Mr. Thunder, but if it's 'even worse' it is NOT the lesser evil. You see, the thing that makes it the LESSER evil is that the OTHER option is actually the GREATER evil. You see how that works?

It's like Obama and McCain, or Obama and Romney. No matter what it is you didn't like about Obama, Romney and McCain were clearly much worse.

Now, of course if you really think Obama was 'even worse' than Mitt Romney, that would make your choice just as simple - Romney would have been the lesser evil.

Ok, sorry, had to try to clarify what couldn't be parsed. See, I am a HUGE fan of the 'lesser evil' because the only alternative is the 'greater evil' and I'm really not a fan of that...

Hmm, greater vs lesser evil between Huckabee and Palin: a tough one, because Palin is in it for the money and not especially qualified, but people more or less know that, while Huckabee appears more serious and qualified--so he might get taken seriously.

But I think that was *ever* worse, as in, whoever stands next to either of those two might look pretty good in comparison to them, but would still make McCain or Romney look like Solons. And so on, downhill.