Not On My Worst Enemy--Literally 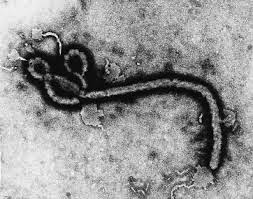 I hate to still be blogging like it's 2014, but I am fascinated by a rumor going around that there actually may be cases of ebola diagnosed in ISIL-held territory. This is pretty early and kind of unsubstantiated--a misdiagnosis is entirely possible and Mosul doesn't have the facilities to properly test that it really is ebola. (Hell, I'm not even particularly sure where the go-to place to look for an ELISA test from there is.) But it sort of looks like one part of the rampantly weird "worst-case scenario" fantasy of ISIL getting hold of ebola is a little more plausible, considering that there is not reason not to think recruits to ISIL could have traveled from an area where exposure to ebola was acutely possible.

While still filing this under the label of "unfounded and probably unlikely", I do find myself milling over the many ways in which such a thing as ebola spread among ISIL fighters could be a deadly bad thing. Sure--I would entirely "get" people who have a frisson of schadenfreude over the idea of these murderous asshats confronting their mortality in this particularly awful way. At the same time, given that that certain fighters of ISIL have intimate contact with innocent people in the areas they control, there is a pretty horrible likelihood that ebola spreads among any number of people, ISIL-affiliated or not.

Among the horrors that would attend--civil breakdown. There have been stories coming from ISIL held areas that indicate that ISIL sucks at infrastructure. They are "kingdom not of this world" types, and the day-to-day business of roads and schools and hospitals and shit like that are afterthoughts if not targets. They kill doctors and aid workers. Despite the sheer misery that would be visited on innocent people, organizations with the most experience in helping out with such epidemics, like Samaritan's Purse, being avowedly Christian and (vide the ever-giving spirits like ebola survivor Dr. Brantly) of no small personal courage--might still refrain in just this instance because facing ebola is one thing. Facing towering ignorance, belligerence, and beheading for not being of the Islamic faith, is quite another. ISIL have not exactly earned our deepest sympathies. And they have made regions they held toxic to people who would otherwise administer to any other soul. Also, being as ISIL seems to be a batshit insane organization to begin with, I can only wonder at what form of behavior they might lash out with in a crisis situation.

Now, I see no likelihood that ebola in their midst would enable them to weaponize the virus, since I've pretty much levied my estimation of their general incompetence and the actual crappiness of ebola as a bioweapon in the first place. But that doesn't mean that an active ebola epidemic in Northern Iraq towns or spreading through Syria, where refugee populations try to verge elsewhere, couldn't mean astonishingly bad things. All unintentional--and no less devastating for it.

Which is why I really do want to discount this rumor. I can only imagine the very worst.
Posted by Vixen Strangely at 1:00 AM

Well, the whole public health and health policy thing is well outside of my bailiwick, but I would comment on something else you talk about.

It's (apparently) true that IS is not interested in developing infrastructure - although, to be fair, it's very difficult to do infrastructure projects in a war zone - but there's a LOT more here than infrastructure. The first question is governance. And like the Taliban in Afghanistan in '94, IS DOES deliver on governance. It's a harsh, theocratic governance, but it provides law and order, legal adjudication and some kind operational structure for the community. Particularly for brutally marginalized Sunnis in Anbar, IS is providing more and better governance than the Shiite government in Baghdad ever did.

It's also important to remember that there are a lot of educated, professional Islamic extremists, and the things they would have to do to manage an Ebola outbreak are within their capacity. The reason for the rapid spread in West Africa is there was NO infrastructure, and people cared for their sick loved ones in the home. Using a combination of available medical professionals and facilities, high-handed authoritarian actions and even outright execution of potentially infected population, I'd expect they could control any small outbreak rather quickly.

It would get weird if they tried to manipulate the outbreak to kill Syrian loyalists in Damascus - but as you mentioned, I don't think you could actually do that effectively with Ebola...

Hi Vixen, once I was having a conversation with an extremely high-grade adept. I can promise you that adepts of his level are not known to the popular world. They don't write books or speak on public platforms.

I asked him what he thought about karma. He frowned thoughtfully and lifted his wine glass in order to observe the light changing the color of the wine. As he turned to me, I leaned forward to make sure that I caught every word.

He said, “Payback is a bitch.”

I think Steve's suspicions will turn out to be correct and this is some very irresponsible propaganda from the Al-Sabah newspaper picked up by the usual Murdoch-and-Breitbart American alarmist sources. ISIS doesn't have any connections with West Africa.

@Yastreblyansky It is too terrible/satisfying depending upon how one looks at it, and I think the lack of ability to substantiate it leaves it well within the "hypothetical" stage. I mostly think about it as a reminder that there is no "bullet" that solves a problem-like ISIL members dropping from ebola, that doesn't have a spatter-effect.