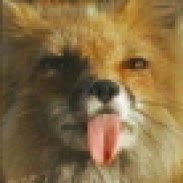 This is a traditional thing I do where I recap the year that was by finding 5 posts of mine that summed-up whatever I was on about. This year was difficult. This blog became harder to write even though I think I posted more this year, just because I confronted harder themes. I also strived to make my blog more inclusive and confront some of my assumptions more directly--a thing I will try to make a habit of.

So, to kick things off,  I will point out that as of January, I was clear about where I stood on the War on Women, insofar as I opposed posers who didn't even know what it is like to get, be, suspect oneself of being pregnant.

As of March, I was utterly enjoying the Seth MacFarlane/Neil Degrasse Tyson Cosmos reboot.

I addressed misogyny in the form of mass-killer Elliot Rogers with a lament on how society blinds itself to the violence inherent in the hatred directed at 50% of the population.

This was the year I saw young men die--I am still heartbroken over the deaths of Mike Brown, Kajime Powell, Akai Gurley, and Tamir Rice, Eric Garner, and a hell of a lot more names I have been introduced to. I also know young women die because of brutality. And I will come back to these tragedies again so long as they happen.

Also, my blog took some philosophical turns as I covered interesting questions with regular commenter, Formerly Amherst. This blog is about getting to the truth of things, and sometimes, it can take an esoteric turn.

I also covered the rise of ISIS and my hope that it falls, my opinions about torture, and my ever-present concern about the class war between rich and poor. I also tried to keep up with posting about global warming.

All in all, it wasn't a great year for news, what with the missing Asian airliners, the rise of ISIS,  the deaths of some great comedians I absolutely admired, and other missteps of fate. But I realize I don't like anything better than my rapport with my readers. You give me reason to keep going.
Posted by Vixen Strangely at 12:15 AM

It was sometime mid-year that I discovered your work, and added you to my regular blog reading. I am always pleased to find people who write well on matters of interest to me, and it makes me smile how often we post the same topic within a day or so of each other.

Here's the deal. You keep writing, and I'll keep reading.

Thanks so much--I feel the same about your own blog.

Hey Vicky, great roundup (Pardon my frivolity, I'm sort of thinking that Vicky Vixen has a certain ring, perhaps vaguely like TV personality Elvira. You hear the name, and then you see this totally, smokin' hot goth vampire woman.)

I see you put one of our extended conversations on your roundup. I really appreciate the fact that someone in the blogosphere has some interest beyond “those stupid bastards on the other side are morons, and evil, and yada-yada-yada.” Really, we give these two coteries of used car salesmen more attention and dignity than they deserve.

Out of this whole blogosphere you are someone who can actually step away from the endless political denunciations and seriously and thoughtfully consider some matters of ultimate importance. And you're enlightened enough to realize that maybe the biggest story is the one that nobody knows about or talks about.

So anyway, your blog is kind of cool in this regard. How else could a conservative like myself be welcomed and have interesting discussions above the fray with a liberal?

Thanks for a great blogging year and please know that our appreciation is with you.

Thanks for your kind words, Formerly Amherst. I'll try to do my best.