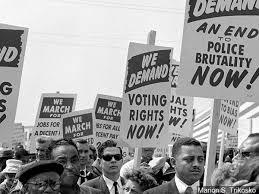 The thing the folks at Fox won't tell you about Critical Race Theory (and despite their mentioning of it for hours on end, anymore) is that it's generally a college elective course (although activists don't want it taught in college, either), that their "concerned parents" are Republican potted ficuses, and that their concern about it is an okey-doke. Because Republicans have decided that a racial backlash to the idea of "wokism" is going to be a wave they can ride back into the majority. And because complaining about being called racists distracts from the actual racist voter laws they want to enact and have actually succeeded in enacting.

I guess because nothing will refute the notion that people in power will try to codify their grip on power like, um, very obviously doing that thing. So they are applying the simple argument of being hardened latex and calling their critics a tactile adhesive. (A basic schoolyard "tu cuck" argument grounded in "pwnership is 9/10ths of yer maw".)

It has the white parents very concerned I tell you. This is what desegregating schools has led to, I guess. Being dead afraid that kids will talk about racism in an open, respectful classroom setting instead of learning at it home and on the street as one ordinarily does. Having one's precious wee kid's home truths broken by the inclusion of differing perspectives seems so, so---

I snark, because the Republican war on history is something I've covered before. The historical revisionism, the censorship  and narrowing of the discussion, is a part of fascism. And Trump and his progeny are soaking in it.

Take Florida Governor DeSantis, if you please. He's no more post-Trump than if he were the politically-viable son Trump never had. It's pea-brained McCarthyism at its most shameless. Whatever is this intrusion on the beliefs and ideas of students in colleges but an attempt to chill conversation--to create a Kalt KulturKampf? Where politics (stale ideologies) are considered identities, static, not ideas to be argued in genuine intellectual contest but trenches to be dug?

It looks to me like the Republican party has determined they offer so little to the people that might vote in future elections, that they have decided that some of the people (whose votes they tried very much to throw out in the 2020 election, regarding Trump's very decisive loss) need to be "dissolved", because there is no way, using their current rhetoric, they can ever be democratically won.

I am only being a trifle snarky by likening them to the Soviets criticized by Berthold Brecht owing to their hyperventilation over socialism and Marxism (Oh noes! Muh Red Scares!). But they are most decidedly not "for the people."

Posted by Vixen Strangely at 12:12 AM

Thanks for making me laugh at yet another very serious authoritarian move by FloriDUH's DeathSantis.
He's a smarter tRUMP.
Hopefully, his support will collapse like that unfortunate building in Miami did, last night.