Only The Very Obvious 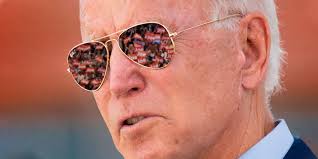 So, I considered slaloming down Bullshit Mountain and addressing some of the glaring ludicrous nonsense that still animates the right-wing, especially in the hands of the obviously not well, like Lin Wood or Mike Lindell or, for that matter, Trump himself (who is still "hereby claiming" things about the great state of Michigan--especially Antrim Country, that are based more in the long-time fantasies of cranks (who argued fraud existed long before 2020) than reality.

But then I realized maybe, they can go ahead and talk while the guy currently in office just does terrifically well. You know, in the way a likeable moderate Dem with no real negatives can completely outclass an unlikeable Republican who embraced some of the most extreme elements of his party and never cracked 50% in the polls can. (Rather like he led him in the polls throughout the election.)

Not my circus, not my clowns, as it were.