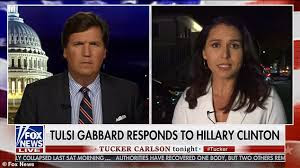 With respects to the foofaraw regarding the insinuation that former Secretary of State Hillary Clinton made that some candidate may be being groomed by the Russians for a third-party bid, I have to give all credit to Tulsi Gabbard for responding with language that really does sound like some entire RT-level anti-US establishment rhetoric. That really cleared things up.

Great! Thank you @HillaryClinton. You, the queen of warmongers, embodiment of corruption, and personification of the rot that has sickened the Democratic Party for so long, have finally come out from behind the curtain. From the day I announced my candidacy, there has been a ...
— Tulsi Gabbard (@TulsiGabbard) October 18, 2019


"Queen of warmongers, embodiment of corruption, and personification of the rot...." 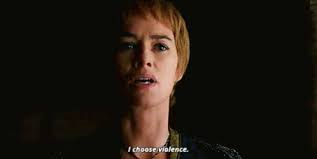 Okay, whatever. So, that response is not actually going to help her with the 60+ millions of people who voted for Clinton last time around, even if it agitates the same people who flaked last year or voted for Jill Stein. Speaking of whom:


In light of the latest slanderous allegations from @HillaryClinton, I challenge her to a debate. It's past time to give the American people the real debate they deserved in 2016, but were denied by the phony DNC/RNC-controlled Commission on Presidential Debates. https://t.co/OvvEjJ9sMx
— Dr. Jill Stein🌻 (@DrJillStein) October 18, 2019

Clinton isn't running, Greenwald (who Stein quote-Tweets)is kind of a counter-Resistance stalwart, no one is going to debate Jill Stein's "lets raise money for recounts and spend it on my legal fund" ass to raise her muddy profile, and Clinton said "some candidate" and "I think", which is 1) an adequate disclaimer to not be slander and 2) basically be exactly what a lot of people were already thinking. The point being "if she decides, after whinging that the DNC was mean to her, to take whatever share of attention she can get and run independently or third-party--don't fall for it." Whether aided by Putin or any other manipulative resource--third party/independent runs are bullshit. Regardless of whether some nefarious power directs it or some body is spite-running, it does the same thing--dilutes the vote.

So when Never-Trumpers chime in:

Jill Stein's relationship with Russia is deeply suspect; Tulsi Gabbard's coziness with Russian and Syria propaganda rule her out as president and should rule her out of Congress. But as usual, nothing is served by Hillary cannonballing into the pool. Back to impeachment, please.
— Tom Nichols (@RadioFreeTom) October 19, 2019

Clinton isn't to blame for Tulsi probably doing what everyone knew she was going to do anyway just because she said it out loud. (For that matter, in honor of Colombus Day, Never Trumpers also need to understand that ultimatums about Democrats picking a candidate that Never-Trumpers will vote for are not news to us--we've been contending with that level of flounce at least since Nader. Now, we've just got it on both sides. Thanks for the help!)

All I know for sure is, I simply trust and believe that no one who feels righteously pissed because she didn't ever mean any harm to the Democratic Party has to go run and tell that story on Tucker Carlson's show. She wouldn't have used "civil war" rhetoric about the possibility of a Trump indictment. There is something about her that seems off to me, and not just because she was actively anti-gay not that long ago.

We just don't have time for her mess. Democrats need a serious challenger for Trump. She is not going to win this primary. The end.

Posted by Vixen Strangely at 6:01 PM