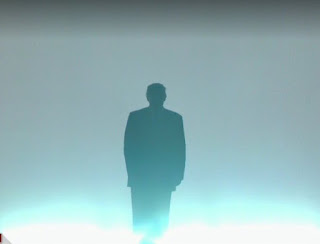 There's something indelibly shady about Donald Trump that casts a kind of fug around the people in his orbit and all the things he does. Maybe not for his base, the brain-wormed bastions of MAGA minions who believe Trump's turds can be polished into gold, but for the people who have become increasingly dubious not about Trump's good intent, but whether he's ever capable of it. Take his charity--oh, wait. NY has already taken it. The Trump Foundation has been ordered to shut down and sell off its assets (such as portraits of Trump, purchased with Foundation money and presumably on display at properties he holds) due to "persistent illegality".

Trump is not a generous man; he is tighter than a flea's withers and about as small about his purse. He once basked in applause for crashing a charity event for which he gave exactly nothing whatsoever. For kids with AIDS.  Washington Post's David Farenthold during the 2016 campaign did a bang up job of trying to track down whether there was even a whiff of the philanthropic about Trump, and found that Trump's foundation was made up of other people's money as of late, distributed to satisfy Trump's own needs. Sometimes the donations out of the fund looked like a reward for doing business with the Trump Organization. And looking at the 990's, I wondered myself if the foundation was being used as a Trump Campaign Kickstarter. He used Trump Foundation funds to donate to the campaign of Florida's AG Pam Bondi, who had settled the Trump University complaint for him. Trump can brag that he never charged his foundation for rents or whatever using his properties, but this is because his "board" (which included his children as fiduciary members) didn't apparently have any meetings. (But is that really so--see the Trump's structuring of their deal for a golf outing for St. Jude. Sad thing is, Eric Trump might have wanted to do better, but that old Donald Trump shadow just fugged him up.)

But this post isn't really about the persistent illegality of the now-defunct Trump Foundation (anyone in the market for a Trump portrait, though?) but rather, what the TrumpWorld aura seems to do to people--take Flynn's sentencing delay. The same day that we heard about the Trump Foundation being kaput, Mike Flynn (having been wished "Good Luck" by the former boss) thought he was going to have a great time at his sentencing because Mueller said he shouldn't have any jail time, and his defense agreed, except for the whining about it. Because the FBI was being meanies asking him questions like he was supposed to be responsible like the head of some kind of intelligence agency and whatnot, you guys. And they wanted him to be truthful which was supposedly amazeballs and tew much. Gah, adulting, amirite?

Now, I outsource my legal opinions these days because I was a literature major which means I should doubt my capacity for close readings, but I have complaints with the reading where Judge Sullivan was incorrect for dropping the T-word. Flynn has a clear violation of FARA in addition to making false statements, plural. There is more redacted in what's up with Mike, and Sullivan has read it. Flynn was given a great deal, and trying to insert some conspiracy theory nonsense in the proceeding was dumb as hell and those supposedly intemperate words were about waking Flynn's ass the hell up and reminding him that to whom a fucking raft has been given, a failure to float equals drowning. Maybe Flynn thinks a pardon is his best bet, but the legal wheels are trying to get him on the cooperating path. Trump's good luck nod is wishful that nothing has been given up. But it would be out of Trump's actual make-up to deliver without seeing the goods. He is not charitable.

What's fascinating is to see what Trump's recent maneuvers post the terrible day where Flynn's sentencing is postponed (contingent upon his very good cooperation with the Mueller investigation) and the death of his slush fund. Oh, wait--and the revelation that he signed a letter of intent regarding Trump Tower Moscow, because that could be a big thing. See, that--that right there, makes the statement he made about not having an financial interest in Russia during the 2016 campaign a total lie, and also makes Rudy Giuliani, who admitted that maybe there were talks about a Trump Tower Moscow up to November 2016 but that no LOI was signed, a bit of a liar, unless he was just being blindsided by the kind of thing Trump wouldn't necessarily see fit to share with his defense counsel.

Because he is innately shady. Made of shade. Shadulent. Foggular. Of and pertaining to a thing very much of not clear and clouded with complications.

Anywho, when his NSA is possibly a little bit treasonous and his charitable foundation is a slush fund and he's been caught with his wee hands in the Moscow Tower cookie jar, of course the next day he is pulling out of Syria and cancelling sanctions on Oleg Deripaska. (I never know where Deripaska really stands in Putin's estimation, do you?) I do know ISIS is probably not really a victory because the Pentagon says it isn't. But since when did Trump trust our nation's best intelligence? (And maybe we know one of his hand-picked intelligence geniuses did a failure to be anti-ISIS because of being on Turkey's payroll.)

Am I saying Trump is making presidential decisions based on his personal animus, his need to deflect, his natural shadiness, his allegiance to foreign powers? I don't even know! But there is a shadow of persistent illegality about things Trump does. We can't just assume his reasons are any good, ever.