I am in Favor of The Boycott 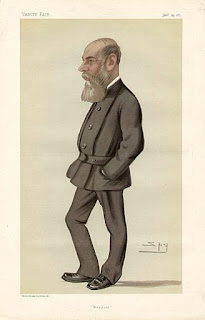 The History of the Boycott starts with a man named Boycott, who was a Sassenach with a negative attitude towards the Gaelic people of Ireland who did not know that the free will of persons in regards to his activities could result in a general failure of all his works and designs, and was then made aware that such person had a power in their union when they did conspire against him by shunning all things in which he had a hand.

The Boycott in modern times is best recalled in terms of the Montgomery Bus Boycott, but we know they sometimes work, and sometimes they don't.  There is a current question about whether it is good and necessary to boycott the sponsors of Tucker Carlson, who is apparently the very good friend of white supremacists.

And I must disagree with the idea that the boycott is a pall on the First Amendment or whatever. The boycott is the most free market expression of "Fuck You" allowable by dollars, which is the only currency shit-talking fuckwagons like Carlson understand. He would not be making yon mouthnoises about the dirtiness of immigrants if he thought it would cost him his digital pulpit, and yet cost him it must. If Fox News Corp does not think his digital pulpit could be better used than by Himself saying nasty things about better people than he ever was, then we need to show them by taking away the dollars that make his pulpit possible. Full stop.

This is not about the First Amendment at all, because the boycott is enjoined by persons, not the government in all its pomp and powers. It is the right of free individuals to use the dollar power granted to them by capitalism to decide who wins and loses by their vote by expenditure. It is the purest expression of speech--putting one's money where one's mouth is.  And if anyone were to defend, say Citizen's United, then I would say they needed to recognize "boycott" as similarly an expression of expense as a version of free speech. But denying expenditures towards a supporter of repugnant ideals.

There is an argument regarding boycotts to the side that dollars can be denied to marginalized groups because of prejudice etc. This already happens without being officially labelled, and is a whataboutery. Also, historically, right wing boycotts might have names like "a million moms" but really aren't, while left wing boycotts got more teeth.

I believe tv channels do their cultural bit for views and commercial funding, and if this makes repugnant political shows scarce, I can't argue with the taste of so many.

I refuse to see the voice of many being an undue pall on free speech, so much as a part of the dialog. If a voice is valid, it will find its audience. It does not require a subsidy of enforced goodwill. And Tucker Carlson does not need my civil libertarian ass backstopping his message of hate. And I will not do that.

The boycott is a voice of the marginalized, and the marginalized need to have a say by their amassed organization to direct action. Full damn stop.
Posted by Vixen Strangely at 1:44 AM