TWBG: No One Promised You a Rose Garden 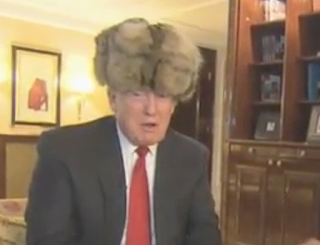 This has been a pretty crappy week for President Trump so far, what with the ongoing search for a replacement for outgoing CoS John Kelly (who Trump blabbed was leaving without giving Kelly himself a chance to so announce, and who will presumably now stay on until the end of the year) going poorly enough that regular CNN commentator and former US Senator and presidential candidate Rick Santorum pled out of the job, citing that he has a family, and sort-of front-runner Mark Meadows was let off the hook because Trump needs somebody in the House, and with setting his ownself up to basically own a government shutdown because being Mr. Art of the Deal, Chuck and Nancy got him flustered in front of a camera. And he stayed flustered, got his manhood questioned, and spent Wednesday morning up in his residence, watching cable and presumably still out of sorts.

The night before, Michael Flynn, Trump's top foreign policy advisor and hand-picked NSA until that totally blew up, offered a sentencing memo requesting no time to be served because of his timely cooperation once he understood his situation, and grousing that he sort of thought the FBI done set him up by not telling him to shut up and get a lawyer. This is very much in line with the sort of thing TrumpWorld seems to believe, with peripheral Trumpists sort of saying this one-sided statement from the Flynn defense should let him (and Trump) off the hook.

Let me get this out of the way--I do not know what is worse, assuming that one is so poor of reading comprehension to misunderstand the situation to the effect that a statement that there is a process to call on the White House Counsel actually equals a consultation not to engage an attorney, because then it would be some kind of thing and that a grown man who is not new to this rodeo somehow is receiving compensation from foreign governments (plural, Turkey and Russia) without filing the correct FARA paperwork, knows this to be true, and faces the line of questioning he should certainly expect without for a quick minute thinking of getting either an attorney consult or, maybe, and I'm standing out on a ledge over here--not lying; or being so disingenuous to have grasped these things and then presented them, however dim and unworthy of supposition, as one's best defense for a person who is already in a cooperating agreement and whose best defense in reality is coughing up information that sort of invalidates all pretense at innocence. I am unfamiliar with Byron York's compensation arrangement, but I personally would skip a paycheck before presenting anything this fucking stupid. Or demand a "walk-away" amount.

But I digress, because the star of the day was clearly Michael Cohen, who was sentenced to 36 months and some fines and restitution. This is less than the 51 to 63 months that was recommended by the sentencing guidelines. Part of his sentencing included the plea regarding campaign finance violations, and before the claim that the Edwards defense might pertain to Trump (even though Edwards was indicted) escaped the lips of Trump defenders, AMI, the parent company of National Enquirer which helped facilitate the McDougal payoff, entirely agreed: this was all about the 2016 presidential campaign of--some guy.

Now, Trump has a reason to be seething as Cohen maintains he was directed to do much of what he did by Trump (not the tax evasion stuff, and nothing to do with the taxi medallions, but hot damn the bribery things!) And really, who takes out a loan on their house to pay off a person who is only claiming to have had sex with a potential presidential candidate because that certainly sounds like a really great use of your credit rating, unless specifically told to by someone you anticipate will make good on the ask? Only Trump's direction makes sense. And the direction is because the claim is probably good (they did it) and Trump would for some reason, prefer not to have another credible claim against him (among already so many?) during a campaign that he now has to win because?

Not winning queers his deal.

My best guess is Trump is indebted to do the White House thing until he is somehow removed from office, and I think he hates it, and I sort of like the prospect that this makes him suffer a little. As with the Trump Tower Moscow project, maybe doing this POTUS thing was a dream too far, with a serious price.

But there definitely was a Moscow Trump Tower thing going, and Trump also may have met with people he thought might help him make it happen. Or for sure his son did, more than once. And we now understand that Mueller is looking more closely at these Russia/NRA contacts, especially now that Maria Butina is cooperating. Her boyfriend seems to have already produced interesting leads.

Now, if his bind is what I think it is, Trump always has resigning and coming correct as a possible out (although being as crooked as a corkscrew and having to wind his pants on each morning makes this a remote possibility). But I really feel like the evidence here indicates that he's up to his orange peel ass in fuckery, and the other alternatives are not going to be pretty.

Posted by Vixen Strangely at 12:42 AM