When Did This Thing Go So Wrong? 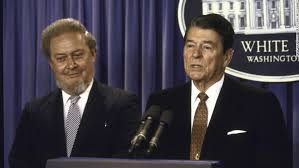 Hey, all, long time, no post here, but I just wanted to check in to say I'm pretty good, even if the Republic seems a little weird. If you know my handle, you can follow me on Twitter, where I don't comment often, but retweet with a sure hand and a speed-reading eye. Or something like that. Don't bother emailing me. Email is like using the telegraph or a fax machine.

Anyhoo, obviously I've got some thoughts to jot if I'm taking to ye olde longforms again, and this is about the whole Kavanaugh nomination. I have no idea if he's getting up or down-voted (even if I feel like, barring a bombshell in three minutes, McConnell is definitely on track to speed to a vote regardless of the optics because his programming on SCOTUs appointments is a legacy issue timed to elections and partisanship, and I also know that pretend-moderates like Collins can't be stupid enough to think we are all that stupid), but I do know that one of the delights of not blogging with the flow of the news cycle is getting some rudimentary sense of history back. I also think my regular readers know me regarding me esteem for the timeliness and need for the Me Too movement. Kavanaugh strikes me as a member of Team Bro--he (apparently) has ascribed since early manhood to a version of masculinity that talks shit and does dumb things. Does that mean he has for real and certain done things that disqualify him for the seat?

Well, I know he's a partisan hack and perjured himself during the hearing so far and not for the first time, and probably is a vote against Roe vs Wade, so, frankly, even if I didn't natively have enough to nail him as a sexual assault perpetrator as a larval popped-collar preppy young Republican, I can feel pretty sure that he's a big old nope-in-waiting in a world where just the facts pertained--he's a guy who wouldn't be at the top of your SCOTUS list unless you were a chief executive who really was hoping that some executive privilege shine would prevent you from getting indicted on a charge of potential light treason. (Can I briefly mention what a wondrous penumbra executive privilege would have to cast on such an occasion where written opinion would presume that other assumptions of rights bestowed by the white spaces in the law as opposed to the black were eclipsed? But I digress.)

And yet it's been quite clearly alleged that the hesitant claims of drunken sleaziness (by other people, not those admitted in his own yearbook or memorialized in an albeit fictionalized version of himself from a close high school companion) are a part of a "Vast Left Wing Conspiracy".  Great shades of the "vast right-wing conspiracy" commented upon by the 2016 presidential election popular vote-winner, back when Kavanaugh was a part of that brigade, who uselessly spent taxpayer money investigating the suicide of her good friend Vince Foster, despite the pain of that man's family, and who spared no feelings in encouraging the most salacious and hurtful lines of questioning re: Monica Lewinsky.

If Kellyanne Conway or Mitch McConnell think they can get my fucking sympathy for poor old disrespected Brett, they've got this whole thing badly wrong. But they don't want my sympathy, they want the pissed off RW base who needs to see whores give birth to their babies they didn't want to be overjoyed that Roe Vs Wade has finally fallen. (See: Everything Erick Erickson has been Tweeting, lately because, wow! Us bitches have just been killing our children, for a value of children for us feminazis that is mostly teaspoon-sized with tails and no possible threat of pain, and his version being angelic teacup-toddlers who have a hotline to babby Jesus.) Also payback for Robert Bork, I guess, because Merrick Garland never existed. And the base doesn't realize Bork was a fucking mess. Or maybe they do--their kind of fucking mess.

See, the other thing I have gotten perspective about from my blogular absence was the sheer difference between the sides. I abstained from chiming in about the death of Senator John McCain because I wanted to abstain from his hallowing--the spectre of St. McCain threatened to dampen the urge to Resist, and this doesn't work in any way, shape or form. For us libs, McCain's actual progressive usefulness to our side was always more of a promise than a threat to the Republican establishment. And the touchy-feely niceness of bipartisan remembrance, like GWB sharing hard candies with former FLOTUS Michelle Obama, really doesn't change a thing. Kavanaugh worked for Bush, and those withheld docs from his time working for that administration mean something. Did he support torture? (Amnesty International never weighs in on court noms--but here, they have.) Bush is still supportive of this freaking guy.  He didn't suddenly morph into some resistance dude over Werther's Originals with our "going high" spokesperson.

And I'm not for going high, myself anymore. I am entirely down with hitting these fuckers right in the nuts.  Mitch McConnell, Russia's dubiously-useful idiot Donald Trump, and yep, even pore ole alleged incel until he was shockingly past high school Brett Kavanaugh, who somehow thinks talking about the activity of his junk post secondary school absolves him of any weirdness (as if penetration was the only kind of abuse!) all probably need some down-low smacking where it will hurt and count.

And that down-low smack goes to anybody who wants to know where this thing went so wrong and why people are talking about their personal business (protesters of Kavanaugh are telling Congressional aides the stories of their assaults, the time they also realized they were Me Too) while they protest this latest outrageous degradation of norms and propriety.

Trump and McConnell and any number of RW spokesfolks can claim Kavanaugh is a "fine man". I don't know what their definition of fine man is, though. Copacetic? Role-knowing? See, I remember the 2004 election, when John Kerry was what many of us libs would call a fine man, and he was Swift-boated by the same folks who called Obama a Kenyan and a Muslim. And he mentioned Dick Cheney's daughter in what all of us would have considered an off-hand way as being lesbian--which isn't a smear for Dems. It isn't. And yet--this mention was a big deal for Republicans.  It was completely true--she was lesbian, and mentioning it was beyond the pale. Even if things said contemporaneously about Kerry were fucking lies. And Dick Cheney was and is a proponent of torture.

The right wing and the left in this country seem to have totally different ideas of what is even good. There isn't a great overlap of ideals anymore from what I can tell, and if that is the case, I'm just for fucking the Pro-Trumpists side right the hell up.

I don't know or care where this thing went wrong. I just know I stay resolutely on the side that isn't pro-torture and pro-infinite executive stay out of jail cards, and I'm pro-women aren't the sum total of their reproductive parts and pro-rubbing Mitch McConnell's Stepford Senator jowls into not delivering this particular Bro Keggernaugh to the SCOTUS.

Here I stand, I can do no other.

Posted by Vixen Strangely at 1:07 AM