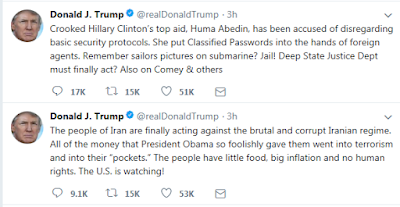 There is no greater sign that the President is back at work than his having a sustained Twitter rant (of the type I refer to as "going Boom!") that included kind of "negging" the Iranian people for "finally" acting against their government (because he has no idea what's going on there other than what he sees on Fox News, despite being, you know, POTUS), and slagging his predecessor's foreign policy, and also takes the time to mentally convict a top aid(e) of his political rival in the last election while calling his own Justice Department headed by his appointee "Deep State". 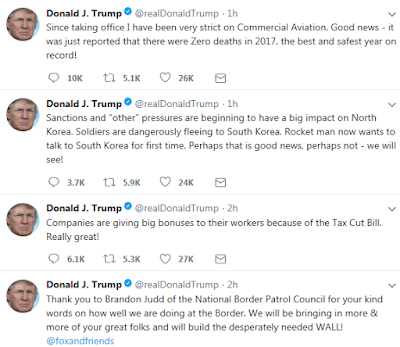 Because he's watching Fox and Friends, again, he feels good about the past year's accomplishments, like keeping planes in the sky with the power of (checking notes) strictness. And regulations. He doesn't like regulations, usually. He's back to calling North Korea's leader "Rocket Man" because this is obviously very mature. 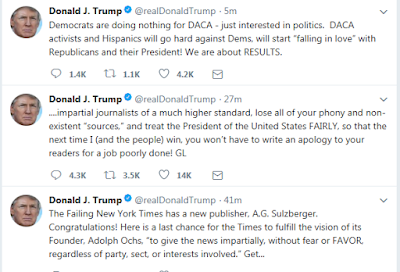 Also he is still mad at journalists for not kissing his presumably orange peel-like bottom. And Democrats because they are Democrats.

Posted by Vixen Strangely at 10:39 AM