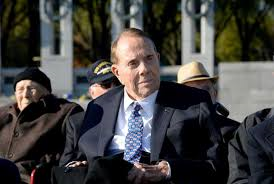 It seems like we can sort of clear up whether the Trump "congratulations" call from the Taiwanese government was a faux pas or pre-panned, now--it had been prepared months in advance with the assistance of paid lobbyist, former Senator Bob Dole, which does contradict the surprised "They called me!" Tweet PEOTUS Trump had made.

This seems like a case of poor communications--was the incoming Trump foreign policy transition team unaware that this would probably be found out? (After all, transient team members are being held to some fairly strict guidelines that includes a non-disclosure agreement--as well as a ban on lobbying, so they might not have realized this would become transparent via a document trail.) But this may actually be a trend--

Take a recent Tweet made by Trump regarding the cost of Boeing's Air Force One contract, which had an effect on Boeing stock. It wasn't actually accurate, and lead to speculation that the Tweet was in response to criticism regarding free trade that Boeing's CEO had made. It's a concern that one Tweet could have that kind of effect on stock prices--and be inaccurate. People need a president who understands that his or her communication can no longer be deemed "casual" and doesn't play games.

I've pointed out that the Carrier deal seems to have been over-hyped, and that the media needs to really investigate claims made by Team Trump. United Steelworkers leader, Chuck Jones, put it a bit more bluntly than I did, accusing Trump of "lying his ass off", which resulted in Trump responding, via Twitter, in kind, resulting in the union leader receiving threats. Trump's original Carrier claims wre inaccurate, and Jones' comments represent a difference of opinion--but Trump's reckless communications regarding a single citizen could have dire effects. (But this is of a piece with Trump's previous response to criticism, for example, from journalists.  And journalists who have run afoul of Trump have received death threats.)

We've seen just recently that inaccurate or outright fake information can have potentially disastrous consequences, with the shooting that took place in a DC-area restaurant.  A member of the Trump transition team actually had been responsible for furthering that nasty, lurid bit of conspiracy theory. However, VP-elect Mike Pence, when questioned about this, responded as if Michael Flynn, Jr. never had been part of the team (he was fired, but certainly had been part of the transition).  This type of deception is anything but innocent--when people in authority regularly lie, people might begin to get the idea that our institutions simply aren't to be trusted, but without some kind of trust in our institutions, their efficacy is sorely diminished.

Donald Trump represented himself as a straight-shooter, but this hardly seems to be the case. If he is to govern effectively, though, he needs to show greater respect for the truth, even if it comes at the expense of the narrative he wants to feed the public.
Posted by Vixen Strangely at 2:20 AM