Trump U Fraud Case is Settled 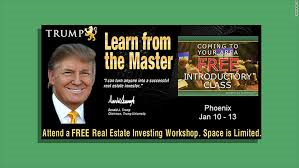 So, another thing that happened this Friday was that Trump settled the suit against him regarding Trump University being a big old fraud by throwing enough money at it to make it go away.  He did once say he would never settle this case because there was not any wrongdoing and it only encourages more suits. I kind of tend to think he settled this one because 1) won the election and 2) totally was a fraud and 3) but being president might keep people from coming at him.

Hi Vixen, sorry you're so bummed out. With me, winning the election means I don't have to think about politics for a couple of years. And for this I am grateful.

Frankly, I was surprised, because I had Clinton marginally ahead, and while I had hoped for Trump, I was prepared to suck it up and deal with the contingency of a Clinton presidency. The topic that has emerged that I find a little interesting is why Trump won. Some people blame Clinton, some people blame Trump. Obviously Bill wanted Hillary to go after some of the same voters that Trump won and felt it was a misjudgment on her part to let them remain in the Trump column. I might observe that had someplace been left for James Webb at the beginning, he could have campaigned with Hilary in the South and swept up some of the same voters who were Trump enthusiasts.

Actually, coming on the heels of Brexit, I think it's all part of a new zeitgeist that has emerged, and right now we are only seeing the “form” part of the it and not the “content” part. I remember the zeitgeist in the 60s when it was almost like the movie Cabaret; in my college whole lunch rooms would burst into song spontaneously. And now I think another one is occurring.

Here's my 2 cents about one factor I believe led to Hillary's loss. Let me put it this way: I remember when karate first made its appearance in the United States. It was something new, and we had never seen a side kick before. For a while Americans were bemused by how to confront a side kick. It seemed almost magical in its effectiveness. Well, eventually everyone had seen side kicks. It was no longer a new and enigmatic practice, and everyone knew how to defend against it.

I think that the practice of labeling people as racist or sexist or homophobic was very successful for a period of time, that is, the whole business of dividing people according to labels or ethnic groups and using all this as an effective political tool. However, the election results demonstrate that by the time people got to the ballot box they had seen enough of this practice to dismiss it. Nothing stays effective forever. After Clinton made her famous comment about deplorables and irredeemables, she failed to realize that people on the other side knew full well that they were not racist or sexist or homophobic and neither were their fellow voters. At that point there was a kind of boomerang because they knew that people who made these slanderous comments said more about themselves than about the people they were targeting. Ergo it stopped being an effective technique and became an indictment of the the people who used it.

I suspect the Left will need to come up with a new game plan, and I also suspect that this zeitgeist is going to go on for a while. Before the election it was anybody's guess what world we would be living in. Now that it's over a lot of the debates that took place are irrelevant. I mean it's one thing to debate some issues while there is still a possibility one side can win, but it's irrelevant after the decision is made and the direction of the country is fait accompli. So except for political wonks there's no longer any percentage in trying to convince.

I may have something to say about these matters in more cosmic terms later, in that the zeitgeist is not strictly and totally man made. I'm sorry that you're going to be bummed out for a while, and at the same time I am pleased that I can take a break from ruminating about politics.

I have some issues with that line of thought--sexism and racism might be deemed "labels" but have clear definitions, and, as the phrase goes, if the shoe fits? Not all of the people who went for Trump are consciously bigoted; I know several from my acquaintance might best be described as "unconcerned" with people who do not resemble themselves. It isn't hate. They just don't care. They can somehow work alongside gay people whose marriages might be threatened, know disabled/chronically ill people whose benefits might be threatened by a repeal of ACA, know people of color who would be disenfranchised or face discrimination at employment or in the justice system due to the type of people Trump would bring it--but it never dawned on them that these people--fellow Americans, fellow humans--were any concern of theirs.

And so it goes.

I'm not bummed out anymore so much as fascinated--I have the bad habit of sometimes viewing politics the way one does sports, and trying to analyze things from a gaming POV. People have been trying to compare the Trump Administration, darkly, to Hitler or whatever--it actually reminds me not a little bit of the Reagan Era, except maybe a more shadowy version. After all, the 1980's (to the best of my recollection--I was pretty young then) was really galling for the left, an the Reagan Administration had warhawks and anti-environmentalists and people who liberals found truly galling--but it wasn't the end of the world. It was more like, five minutes to midnight on the nuclear clock, but we've done that. It's just mightily off-pissing to go back and revisit it. But Trump reached his real estate heyday then, and has that kind of media-charming charisma. But I expect that as with the Reagan Administration, his cabinet will see several scandals and turnover--because dramatic personalities bring drama.

But as you say--the Left needs a new game plan. I think there has been a kind of "preaching to the choir" and restating *our* principles, without making them practically understood as being good general principles. The Obama Administration suffered from slack Democratic response to midterm elections and a failure to concentrate on smaller, but wider victories at congress and on the state level. And we have not done as good a job at grooming the future leadership. We need younger faces and fresh ideas. "Don't mourn: organize."

I take heart in the fact that Clinton has won the popular vote by some margin, and that her margin of loss in the swing states was pretty low. Regrouping for my side is not an insurmountable quest, just hard, and if we aren't prepared to do hard things, well, we deserve what we get.