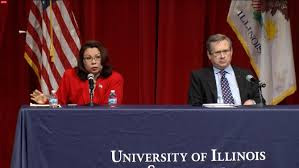 I thought Rep. Tammy Duckworth might win by thismuch given the kind of year it has been and because she has been fortunate in opponents. After all, she won her House seat in a contest against musket-grabbing Joe Walsh, whose best shot was "she buys clothes". (The actual hell?) And now she is facing Senator Mark "who actually likened President Obama to a drug dealer" Kirk, who just basically performed the dumbest possible self-own imaginable in a debate at the University of Illinois.

What she said: "There's been members of my family serving on my father's side since the American Revolution."

His comeback: "I had forgotten your parents came all the way from Thailand to serve George Washington."

She carefully said her father's side. She is a Daughter of the Revolution, and a veteran. She herself was wounded in combat. Mark Kirk probably should have known better than to challenge her known personal story.

But he basically just snapped and went "foreigner!" at her. That is really gross and not at all acceptable. I think he should lose by rather a lot now.

(Although I am reminded of what happened to Sen. Max Cleland. But 2002 feels like a very different time, somehow.)

UPDATE: hey, Mark Kirk's shop came out with a statement about his screw-up:

Yeah--consistent except that last bit. Also points deducted for continuing cheap shots. CYA grade? I give it a C-minus. (But you needed to bring your "A-game", Linus.)

Posted by Vixen Strangely at 11:25 PM