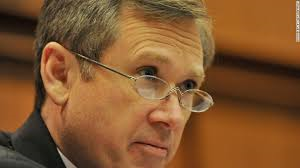 Sometimes, when someone uses a metaphor, they are taking a little poetic license, dressing up things a bit, just adding a dash of color to their wording. And on the other hand, especially in politics, metaphors remind us that words mean things. For example, when IL Senator Mark Kirk, who is challenged by Rep. Tammy Duckworth in a contest for his US Senate seat, compares President Obama to a drug dealer in a contorted metaphor about the Iran deal, it might be necessary to wonder what the hell he meant. Do drug dealers regularly pay ransoms for hostages, I wonder? Is there anything about securing the release of Americans from a hostile government that is particularly drug-dealerish? There isn't really any valid reason for his metaphor as such, except to paint the President as some kind of "thug" (hmm) because he doesn't care for his policies. I don't know how one pays hostage-takers ransom with their own money. That's not how ransom works is it?

This isn't a metaphor that is new with Kirk, anyway. AR Senator Tom Cotton described President Obama as behaving like a drug cartel. There's a lot wrong what Tom Cotton says about the Iran deal as there would be . Not sure how conducting foreign policy is a drug-dealing thing, but ok. I get that they feel some kind of way about the deal--but what the hell is up with calling Obama a drug-dealer? 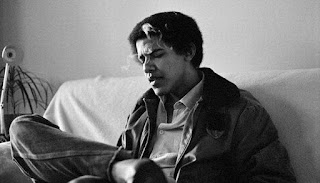 Maybe they have an Obeezy for Sheezy problem with him. I don't know. Except maybe I do. This line of criminalizing, Un-Americanizing, Un-Christianinzing, has been going on for too long for observers not to gather what, exactly, is up with those kinds of comments.

But it is the jig, damn it. The jig is up. It's more than dogs that heard that one. Mark Kirk, if that is what you have left, it is a terribly bad raft to cling to.

Rep. Tammy Duckworth better win the hell out of this Senate race--because metaphors can hurt. They also reveal how one looks at things. And he's got this thing very wrong.
Posted by Vixen Strangely at 10:55 PM