In Defense of Robert Byrd and the Concept of Redemption 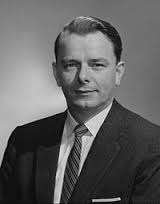 One of the dumbest things about discussions of race in the current era is trying to work out to people who actually ought to know better that shit changes. History is a study of accumulated shit changing. What used to be true stops being true. The United States of America was once a nation where slaves were owned--then it wasn't. The territories that made up the United States were colonies of other countries, then they weren't. Things change. That is what history is made up of--changes.  This king was supplanted by that. This election brought about that administration. This war was won by, which meant that...

History means change happened, and we look at what changed and why to understand how human societies work because, I like to think, we want societies to really work well. We want to be a part of a really well-functioning civilization and to continue to advance--which means understanding that people can look at what doesn't work really well and can use that information: "This does not work"--to change. The long-time Democratic Senator Robert Byrd realized that racism did not work, and he stopped being in the KKK in the 1950's. This was a long time ago. That was even before the Civil Rights Act of 1964--which he filibustered and you guessed it, he didn't support the VRA at first either. But he eventually got there. Like politicians sometimes do.

The reason I point this out is that stupidity like Hillary Clinton kissed Robert Byrd is supposed to mean that she is also touched by bigotry. You really wouldn't have had to go further than questioning her early support for Barry Goldwater (probably because her father did) to make the case that she has old timey racialist associations. But things change. Hillary Clinton has a lot of positive history with respects to making change happen.

Donald Trump is not that guy. He has never done any positive thing ever with respect to civil rights. There is a reasonable argument as to whether he even sees people as people and not exploitable resources.  Sometimes, one can look at definitional moments in a person's history and understood that their personal arc has changed. This has not happened with Trump, and any apparent "pivot" would have to be cosmetic and need-based for the sake of his political campaign.

I have long wondered why cons use "Robert Byrd was in the KKK" to try and prove anything. His example seems more like a thing that disproves everything. People change, history changes, the Democratic party changed, and racism is stupid.
Posted by Vixen Strangely at 11:04 PM