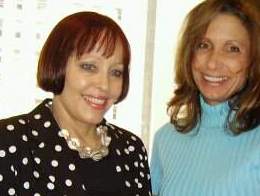 The speechwriter, who has previously assisted with Donald Trump's books and has apparently worked for the Trump Organization for some time, has been aired as being the culprit who might have accidentally included Michelle Obama's actual text in Melania Trump's speech--which was an admission to the plagiarism that occurred while some Trump spox were still defending the idea that wither the plagiarism didn't matter or wasn't really plagiarism for real, for reasons.

Some people didn't even think she was a real person at first, but I m going to believe in you, Meredith McIver, as not being some weird fake person, like John Miller or John Barron.

I am pretty sure her resignation isn't being accepted for reasons, but those reasons are definitely not because "everyone makes mistakes". No really? They found someone who would take the blame on the third fucking day of a story and publicized it in a way that made us wonder if the person they blamed was real. Yay Trump Squad goals! Gettin'er done in roughly two more days than a professional campaign would!

So, are we really happy with the free publicity? Yes, Team Trump thinks you all did very well. Well done youse! You all doubled down on "incompetent" and called it "winning". Wow.

Also, as a Trump corporate employee, her work for the Trump campaign is all kinds of FEC dodgy. So more "publicity" is to be expected. Thumbs up if you've got them!

According to Ms. McIver's full statement, the quotation was among many suggested by Mrs. Trump. Therefore, one would think that the intelligent and accomplished Mrs. Trump would have recognized the quote when the draft came back to her. One would think that Mrs. Trump, who speaks several languages and therefore could not possibly be a first-year college drop-out, is actually a plagiarist.

One would also think that Ms. McIver was cajoled ($$) or coerced into taking the fall. That's why it took her three days to "admit" to it.