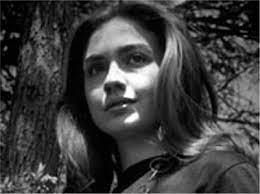 Yesterday, the roll call at the DNC gave us a wonderful image of the historic nature of Hillary Clinton's becoming the first woman nominated to the presidency from a major party through the eyes of history, as seen by Arizona's 102-year-old honorary chairperson, Geraldine "Jerry" Emmett, who was born before women even had the right to vote. Women of course have run before, and appeared on major party tickets, but this time feels different.

You can step back from the idea that it's sheer identity politics that makes this particular moment important. Take in the idea that a woman president can now seem inevitable in US politics, as if it was astonishing and dumb that it never happened here before. How has there been Benazir Bhutto and Indira Gandhi and Golda Meir and Margaret Thatcher, without this thing happening right here, in the US? How has there been Megawati Sukarnoputri and Ellen Johnson Sirleaf, and this never happened in the US already? Corazon Aquino.  Ireland had Mary Robinson and Mary McAleese, and we've yet to have one? (Wow--actually this whole not having a woman president before gets more dumb the more you look at it.)

But to take in why Hillary Clinton, and why she's our best choice now, it might help to take a listen to her husband's story of how they met, and all the wonderful things that she has actually done. Some people looked a little askance at the idea of former President Clinton starting out his reminiscence of knowing her with "I met a girl". I don't. Women start out that way--being girls. And you know what?Girls run the world. What is the future? Ask Malala Yousafzai. Ask Melinda Gates where the future is.

But consider also who she is through the idea of her accomplishments being subjugated to his. When she has done so very, very much, including shaping the governor and the president that he was. Some people didn't want to hear about her progress from a little Republican baby visiting MLK with her Methodist pastor in 1963 to her transition to a Democratic warrior by 1968 sneaking off to the Chicago DNC before she even met the future president . They don't want to know about how she traveled to so many states and fought oppression and accomplished so much that by the age of 30 she made a lot of men look like pikers. Just by doing the quiet drudgery, the non-bombastic work, the long-haul work, the getting-things-done work. The work women don't always get the credit for.

You know I get mad as hell when no accounts like Carly Fiorina and Jill Stein try to drag Hillary Clinton, She did and does bring the receipts, she just never felt like she had to brag. But others need to do it for her, especially to counter the dragging she has received over the last 25 freaking years.Because our future really does depend on her, and she is honestly as ready for the job as any person could ever be--

So when I see this?  A video that sums up history as "dude, dude, dude, dude....dude, dude, finally a girl?"  A woman? I am stoked that little girls know this is possible for them, and they can believe in and achieve any damn thing they set their minds to, because she is going to.

It means a hell of a lot. Because I was a little girl once. And I had all the thoughts about things.
Posted by Vixen Strangely at 6:39 PM