All I Know is What is On the Internet 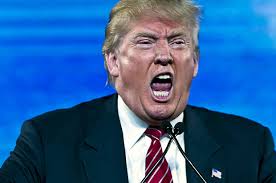 Desperate (sad!) GOP candidate for president Donald Trump gave a disaster of a press conference--the worst! Making ridiculous claims about President Obama in a way that might be described as racist, I don't know, but that's what I'm hearing, and if it's true, then it's really, really sad.

Of course, with the brilliant DNC convention going on (and isn't it a brilliant convention, where they didn't have to go begging to someone like Sheldon Adelson, which is something a political party might do if their nominee was not actually popular nor half as wealthy as he claimed. And where they have real celebrities, like Alicia Keys and Meryl Streep, and not Chachi and Duck Dynasty? Also real presidents and vice presidents? )  But how does a competent adult make claims that Obama is ignorant when he mistakes Tim Kaine for Tom Keane--a person he has actually met?  How does a person claiming he'll make America great again, actually bait one of our historical antagonists to hack more of our countries' internal documents, violating either the privacy of individuals or the security of our nation itself?

Well, I guess you might do a thing like that if you were unbelievably ignorant yourself, or if you were totally owned by that other country because you were in huge debt--astronomical debt--the worst! I don't know what the reality is there, but something is going on, and maybe he should suspend his campaign while we figure it out? I'm just saying--

But no, I'm not just saying, this is actually very harmful shit.
Posted by Vixen Strangely at 8:04 PM