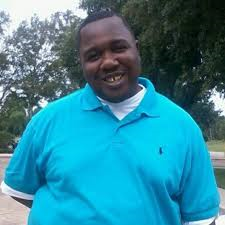 Another police slaying has been caught on video--and no, I don't need to disseminate the video--you can find it, and I am tired of watching human beings die on video, and while this is getting DOJ attention, I guess I will keep my expectations low about what will be accomplished--the standards for proving a person of color didn't have to die at the hands of law enforcement seems exceptionally high, based on, for example, the trials of the LE officers who took Freddie Gray for his last ride.

I am not here to support Alton Sterling, who in death doesn't need my support, even while my sympathies are with his family.  I do not think his prior record pertains to the issue of whether he was wrongly slain by the officers present because that wouldn't and shouldn't have had any bearing on what they knew and why and how they responded. I support a future in which law enforcement doesn't summarily execute people during what should be routine responses to call-outs. I don't see a reason why this man had to die.

There have been so many names, so many videos, so many cases where people simply met up with LE and that was it. I just can't imagine the mindset that sees all these situations, and still finds reasons, and never sees the scenario as questionable.

This was not just questionable--this guy's prone position and the swiftness of his execution are damnable. And I don't know if his family can expect justice. I just don't know that anymore. And that resignation I feel is shared by many, and not a good thing for LE and community relations anymore.


(And also, gun rights seem only to be rights for some people, and some other people carry and face a serious penalty for holding an otherwise lawful weapon under the letter of the law. Where is the NRA for this man's rights? He died, and his name was Philando Castile. )
Posted by Vixen Strangely at 12:27 AM