What Would a "Birther" Do? 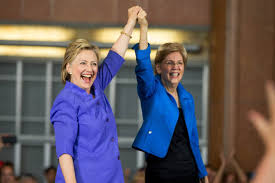 So, imagine that the idiot who sent (allegedly, since we never heard any further about it) investigators into Hawai'i after President Obama's birth certificate only to promise a truly amazing revelation that never ever came, was presented with an opponent whose family history might, just a little, have some Native American extraction, rumored, maybe--

Well, yes, he took the bait.  He decided to call her "Pocahontas" with one side of his face, and call her "very racist" with the other side. And he calls on former Senator Scott Brown (will travel for senate elections) to offer his suggestion that Warren could get a DNA test.

Uh huh. She should show her papers proving her pedigree. Neat trick, you guys.

Tell me--how well did this:


Work for the former Senator from New Hamp---shit, I meant Massachusetts? Not at all?

And yet regardless of what a DNA test would reveal, Elizabeth Warren is still a Senator and way popular with her base. I don't know who Brown is popular with. Trump from the looks of things.

Just like attacking Clinton for her religion, or Ted Cruz for his, or Obama's birth certificate, Trump goes right to that identity politics thing and attacks people for who they might be.  It's kind of weird. Is Elizabeth Warren pretending she's a tribal leader--no. She's just a Senator from Massachusetts doing a pretty good job of knocking his privileged selfish ass whenever she gets a chance.

But you can see how his attacks are just what a conspiracy theorist useless-ass birther would do. Of course. Of course!