See What Obama Has Meant? 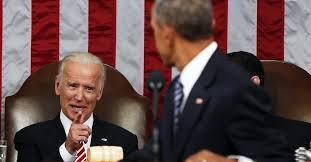 So, here are some news stories that matter a lot, and in the course of the 2016 election stuff, I might not have given them each the attention they deserve--but here goes:
Eric Fanning, a gay man, has been confirmed by the US Senate for the position of Secretary of the Army.  DADT was only ended in President Obama's first term. His hold for several months was not due to his orientation, but because a Republican Senator wanted assurances that Guantanamo prisoners would not be transferred to a certain US facility. In other news, the GOP is really the reason why we never closed GITMO. We would have GITMO squared under any GOP president.
Obamacare has been a success, reducing the percentage of US uninsured to single digits.  We could do better, especially if states (all with Republican governors, by the way) all accepted the Medicare expansion to cover some of the poorest and sickest. Obamacare would be under the gun in the first term of a Republican President.  Hillary Clinton would like to build on this success with a Medicare buy-in program.  This is a really great idea.

The Obama Administration has doubled the salary threshold of workers who benefit from the overtime rule, meaning more middle/working class people get compensated for the hours they work. The Obama Administration has supported fair pay, higher minimum wage, and decent working conditions. Hillary Clinton will do the same. You are not getting that assurance from Donald "wages are too high" Trump no matter what the hell he says.
In just a day, the news stories remind us of what significant things President Obama has been doing, and still does, even in what should be considered the "lame duck" period of his administration. These are meaningful things to real people. They aren't "paper" signifiers.

Voting matters, and who gets hold of an office matters. And a President needs a sympathetic Congress to get his larger agenda through. It bears repeating and rinsing and repeating. It really matters. A lot. There is no "principle" respected by sitting the election out that compares to the damage that gets done when people don't aim to at least prevent harm, if not root for an active good. So that's where I stand.
Posted by Vixen Strangely at 11:59 PM

Vixen, Barack will be remembered as a top 5 president.