Dancing Around the May Poll 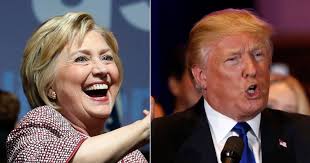 I know there is some hay being made out of this spring grass already,  but I just don't know how to relate to May polls when I know that Barack Obama wasn't supposed to win in 2008 according to a poll done as late as September.  After McCain picked Palin. I don't even know what all was going on at the time because I was unplugged in Reggio Calabria on a personal vacation, but as far as I know--my individual data from people I knew didn't match the poll numbers. I thought Obama would win, and he did.

A poll in May of 1988 showed Dukakis comfortably kicking Shrub Senior's ass. Belief in polling strength was nothing but stupid for Romney. And we all have anecdata of where polls were especially wrong.

I like quantifiable data, but polls are kind of a snapshot suggesting a direction, but aren't actually a "story" outside of horserace politics. Take the poll numbers suggesting that Sanders has better "unfavorable" numbers than Trump and would be better able to beat him than Clinton.

I know how I would affect that poll over a couple month's duration with judicious use of oppo, but because I am more interested in a Democratic party candidate winning in this race, I feel like letting all that shit hang out is really unseemly. But take a look at the Dukakis numbers. Do you remember 1988? Wedge issues? Race? Perot? Some of our millennial voters weren't alive yet. I wrote my senior papers on that election.

I don't doubt that Trump can stake out a pretty popular anti-intellectual wholly wedge-issue based stupid campaign that is somehow or other widely successful. I'd like to think that the information age and the demographic shift has made his gains only obvious under traditional polling strategies--amongst folks that have land-line phones and watch cable news. I'd like to think that among politically "woke" people, the question isn't even about the "lesser evil" but the "Hillary Clinton isn't evil at all, and Trump's BS totally is" issue, which is the whole reality.  But I believe work is needed, and all the same, the media broadcasting poll data shouldn't be seen by us as our marching orders, but just another facet of the work we need to do on the left.

Posted by Vixen Strangely at 5:35 PM