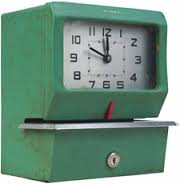 I've started blog posts a handful of times this week regarding things Republicans are saying about the minimum wage versus things that are, well, so. I keep jettisoning those posts because it's intricate, and repeats things I've said in my "Know Your Class War" posts anyway.  So when FL Gov. Rick Scott indicates that wages are set by the private sector (which as a businessman, he knows nothing about, hmm?), or WI Gov. Scott Walker indicates he doesn't know what the minimum wage is for (and how low should it be set, dear--room and board? There's a name for that set-up) they get my hollow, jaded laughter. Sure, NJ Gov. Christie is tired of hearing about the minimum wage; he knows what the Republican governors whose races he's supporting have said on the record about it--and it's kind of not-so-good.

But even in campaigns for other state positions, GOP candidates have said some interesting things--like minimum wage jobs aren't "real jobs".  If you get out of your comfy bed, put on some dress-code duds--especially if it's a uniform, and punch a time clock to do something you're scheduled to do, that sounds like a real job to me. The idea that the realness of a job is based on what it pays and not on the employee being a real person with expenses and basic needs, is a big part of the problem. Sure, maybe parents might prefer their kids get better jobs than minimum wage ones, but if minimum wage jobs are what they can get, maybe they'd like it to be enough to actually live on--to say nothing of what minimum wage earners' kids might feel about their household security.

Sure, people take jobs that offer lower wages than they can live on--half a loaf is better than none, right? They are basically taking what they are given because they are working for a living.

Posted by Vixen Strangely at 1:20 PM

The problem is simple. People who earn the minimum wage represent a fairly small percentage of the workforce, are overwhelmingly poor, urban and non-white. This prevents the minimum wage from being any kind of a populist issue. The vast majority of white Americans, even those who are hourly workers, don't see this as an issue that impacts them, while the true reactionary opponents can make a plausible, intuitive argument that a higher minimum wage reduces employment.

It's true there is a substantial body of economic research that shows that a higher minimum wage has virtually no impact on either employment or retail costs, but considering how difficult it is to convince Americans of things that are obvious and intuitive, such as the greenhouse effect, it is MUCH harder to convince them of something that is non-obvious and counter intuitive...

The argument that a higher minimum wage reduces employment is both plausible, and wrong in the grand scheme of things, which I wish more progressive candidates would hammer home. The way GOP candidates talk about the minimum wage is basically how they talk about people on welfare or food stamps--as an incorrigible "them" who are dragging down "us". It's intentionally divisive.

That, if people made enough to live on and had more job security, they would be less dependent on public assistance should also be common sense--but somehow isn't as well-represented in MSM discussions of the situation. That people with more money can spend more and save more because they have it to spend/save, should also make sense. I think a clear argument *can* be made--I just think media CW since the Reagan years has drowned it out somewhat.

There's another aspect to the political debate.

If all you do is promote raising the minimum wage, while pursuing corporatist deals that the GOP also favors (e.g. the TPP, its European equivalent, and the TISA), then you are putting more people into the bottom and campaigning on "we'll help you more than the other guys, once we put you there."

It is another facet of loser liberalism.
~