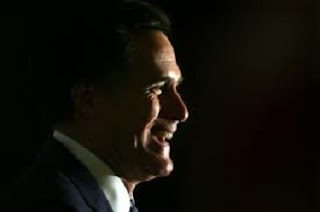 There's something very interesting about the Romney campaign's doubling-down on the claim that the message that came out of the embassy in Cairo is somehow an "apology" coming from the Obama Administration--Dave Weigel points it out:


Mitt Romney did not “gaffe” about the protest at the U.S. Embassy in Egypt or the killing of diplomats at the Benghazi Consulate. The whole concept of the “gaffe” has been Silly-Putty-ed into meaninglessness by campaign 2012, yes, but that’s not what I mean. What Mitt Romney said about the attacks, fact-challenged as it was, synced up neatly with what he’s been saying about foreign policy for years.

To understand this, you have to roll up your sleeves, clear your afternoon, and look at the cover of Romney’s book, No Apology. The candidate’s foreign policy boils down into two big, star-spangled concepts. No. 1: The job of the president is to speak up for America, all the time, through a megaphone if necessary. No. 2: Barack Obama, who does not speak like this, is the second coming of Jimmy Carter.


Well, just so. In fact, that's what one of Romney's advisers actually said out loud (off the record, retroactively):


In short, it’s now clear that top Romney policy director Lanhee Chen basically confirmed to the Times — even though he was not quoted on record doing so — that the Romney camp attacked Obama in the way it did because it fit the campaign’s predetermined narrative.Here’s the key quote in the original version of the story (with the subsequently removed part in bold):

“We’ve had this consistent critique and narrative on Obama’s foreign policy, and we felt this was a situation that met our critique, that Obama really has been pretty weak in a number of ways on foreign policy, especially if you look at his dealings with the Arab Spring and its aftermath,” one of Mr. Romney’s senior advisers said on Wednesday. “I think the reality is that while there may be a difference of opinion regarding issues of timing, I think everyone stands behind the critique of the administration, which we believe has conducted its foreign policy in a feckless manner.”

As Josh noted, this is akin to the Romney camp admitting: “we saw this thing happen. It fit with our campaign narrative. So we pounced.”


"A consistent critique and narrative". Well. What's really arrogant about playing up to this consistent critique, though, is that it's consistently wrong.  When fact-checked, comments Obama himself has made that are often pointed to as "apologies" are often merely statements of fact. (Yes, one could certainly say they aren't pleasant facts, but a) Facts aren't always pleasant and b) What should the man do--lie?

Romney has made the cornerstone of his foreign policy critique something that is based solely on the opinion of people who already don't like the president. How is that going to play out against an actual review of Obama's record, which has not been exceptionally "dovish"? (This, for example, is just a brief list from last year. He's since added a few more, including Abu Yahya al-Libi  and Said al-Shihri.  He's not known for apologizing afterwards, either.)

It's basically a typical Romney-style claim--baseless. And while he can launch the criticism, what does he offer to do that is better when he can not even get his facts straight? Speak more effusively about America? Sing a few bars of "America, the Beautiful"? Grow a big stick?

Really, Mitt. Change the subject. Release your tax returns.
Posted by Vixen Strangely at 9:11 AM