says something about Bobby Jindal for VP. I don't even have a link. I saw it at Democratic Underground like  sensamillionty hours ago. And you all know Romney's campaign is like thisclose to RW bloggers. So if someone on Democratic Underground says that it probably might could be Kenneth the Page because they heard Dana Loesch said so, I'm going to be the schmuck that says--why not? 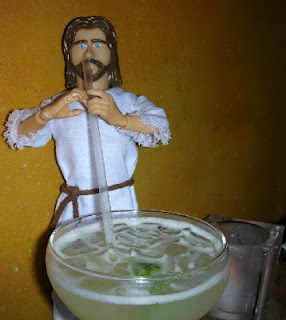 I am also wondering why I still care about the whole VP thing. Why wouldn't it be Jesus Margaritas? People like Jesus, and they like tequila-based beverages. I think a conflation of the two would poll pretty well. Even better than Bobby Jindal.
Posted by Vixen Strangely at 11:11 PM

I think nominating Jindal as veep would result in an eruption of support.