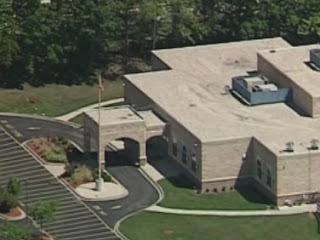 It seems astonishing to me that so soon after the Aurora shooting rampage of James Holmes, we are once again talking about another mass shooting event. The rampage of Wade Michael Page, 40, white supremacist, is a horrible example of the one of the fault lines of American culture we seldom speak honestly about--the intersection of bigotry and violence.

It seems to me that we permit the white supremacists, the anti-gay bigots, the hard-core RW zealots, a certain First Amendment space out of respect of their rights. They sometimes repay society's forbearance of them with the assumption that they, having been tolerated--are somehow made correct by this sanction.

Nothing is further from the truth, and this event reminds us of how wrong, is all, that this bigoted nonsense results in. Leave aside the explanation, over the cable news stations given, that Sikhs are not some kind of Muslim, even though they are both "foreign" and "brown". The Punjabi ethnic minority in the US is a fine example of our melting pot--except when it isn't--and this is a fucked-up distinction, anyway.

Yes, the Sikhs are great people--but no, this would not even be right if Page targeted any other religious or ethnic minority--no matter what other members of such a minority may have done. Though this ass has a 9/11 tattoo, I can honestly state that this assault had nothing to do with 9/11--because what part did Sikhs have in it? Maybe a Sikh-an Indian-American, might have perished in the Towers--but no other connection could I think of.  But even had he lit up a mosque--he would still have been targeting innocents, and still acting from the fallacy of racism or religious bigotry.

This thing really disgusts me, an act so grounded in ignorance and hate, I think we need to do more to educate on the variety of cultures our society contains, but also make clearer that bigotry and violence are unacceptable. But I think even this sentiment falls short of all we need to do--

It disturbs me that people decry "political correctness", and yet I wonder where these 1st amendment marvels go when  the slugs hit the victims.

Is gun play speech? When do we get properly disgusted with racist nonsense? When do we understand that speech evolves into deeds?
Posted by Vixen Strangely at 12:18 AM

It disturbs me that people decry "political correctness", and yet I wonder where these 1st amendment marvels go when the slugs hit the victims.

Horrifically, they go straight to the gun store.

I'm with you on the whole "maybe he thought they were Moslems" angle- if he had shot up a mosque, it would have been just as horrific.