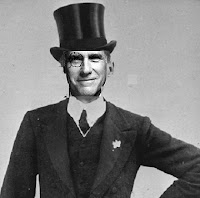 I know that you recognize a lot of people help you in a business. Perhaps the banks, the investors. There’s no question your mom and dad, your school teachers, the people that provide roads, the fire, the police. A lot of people help. But let me ask you this, did you build your business? If you did, raise your hand. Take that, Mr. President.

Somebody invested in roads and bridges. If you’ve got a business, you didn’t build that. Somebody else made that happen. The Internet didn’t get invented on its own. Government research created the Internet so that all the companies could make money off the Internet.

The point is, is that when we succeed, we succeed because of our individual initiative, but also because we do things together. There are some things, just like fighting fires, we don’t do on our own. I mean, imagine if everybody had their own fire service. That would be a hard way to organize fighting fires.


Wingnuts seem to be all over the tongue-tie moment where Obama mistakenly said "You didn't build that." It's clear he meant "all by yourself without any help from anybody." He recognizes "individual initiative". And Romney gets that--he just prefers to go with magnifying the mistake so he can play with the "not an American" othering stuff his surrogate Sununu was flinging.

So, Mitt basically repeats what President Obama said, only he distorts what Obama said in a pathetic effort to score a political point... and this is the best he's got? The GOP convention is going to be hilarious.