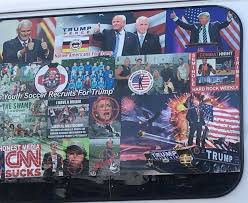 I've had a little reason this week to have Disney's great music and animation film Fantasia on my mind. Take Megyn Kelly's not-a-minute too soon ouster at the Today show as being part of the reason for that--her blackface comments are all of a part of her schtick at putting a pretty, educated face on stupid racist tropes which has been her deal for some time. But she made the egregious decision to claim that blackface costumes would have been just fine when she was a kid. Beg pardon-I'm her age! I know that shit certainly was not okay--but to bring it back to Fantasia, if you are my age, you might vaguely know there is some racist stuff in the cartoons we came up on, like certain Warner Brothers cartoons or early Disney.

But we didn't see stuff like the character of Sunflower in Fantasia, because by the 1960s (before Megyn Kelly and I were born) people already knew that depicting stereotypes was wrong and white people using black and brown faces in service to our entertainment was just screwed up when actual black and brown people were real folks who mattered and did not exist to be costumes or stand-ins for our messed-up ideas about them. (I mean, we still consumed buttloads of racism, but, really, knowing it was wrong was an actual thing.) Anyhow, she's $69 million worth of fired, and I should ever get so fired! Seriously folks, when she writes a book about how fired she got, because some publisher somewhere will think this is a good idea, please do me and yourself a favor and just not? I do not know why we award bad people for being bad.

But I also thought of Fantasia again when I saw the van-art fan-art of Cesar Sayoc, the alleged (but wow!, so very, as Josh Marshall points out, central casting!) mad bomber who terrorized leftist figures this week, from George Soros to Tom Steyer, from Barack Obama, to Cory Booker. If there's a term "wearing his heart on his sleeve"--here's this guy, wearing it on his van, his t-shirts, his $7000 in MAGA hats and other Trumpy swag.  (Nota bene--this thing about $7k in swag was in 2015--when Trump first slid down the escalator and declared his intent, and when the first hate crime attributable to his rhetoric had occurred.) This is a guy acting upon what he is hearing from the multiple rallies he attended and the memes that constituted his daily bread. His ultimate memes might have been nonfunctional bombs to own the libs, but they constitute Trump-directed terroristic threats against former and current US officials that for some reason, this person believed were treasonous and dangerous--

Because they criticized the Apprentice Sorcerer who called him up. And this Mickey Mouse president has no idea how to deal with the spirits he may have called on.

I think this is also true of the tragedy of the Tree of Life synagogue this shabbos, where eleven souls have died, four cops were injured, and the perpetrator appears to have been anti-Trump (because he didn't consider Trump enough of a nationalist or anti-globalist enough, for a value of anti-globalist that meant anti-Jew). And yet, this guy, Robert Bowers, whole heartedly bought in to the anti-Soros message pitched that the anti Kavanaugh protestor set and  the Caravan were funded by Soros.  (As if the world needs funding to be what it is, I guess.)

This is a message that FOX news is still willing to push, and is anti-Semitic, and dangerous, and nothing Trump will disavow, his Kushner grandbabies notwithstanding.

Straight out of the Protocols of the Elders of Zion. Just moments ago, Lou Dobbs guest Chris Farrell (head of Judicial Watch) says Caravan is being funded/directed by the "Soros-occupied State Department". pic.twitter.com/QBSong7uk1
— Josh Marshall (@joshtpm) October 27, 2018

Trump would not even stop his midterm election year stumping, not even if it affected his ….hair?

During his speech to the Future Farmers of America, Trump entered to the song “Happy;” joked about cancelling tonight’s rally because he‘s having a bad hair day; and used the anti-Semitic "globalist" dogwhistle hours after a mass shooting at a synagogue.pic.twitter.com/u8ANgnWzzE
— Shannon Watts (@shannonrwatts) October 27, 2018

Trump set these brooms in motion.  People are more okay with expressing their bigotry, perhaps. And maybe with more tragic intent.  Could Gregory Bush have been thinking to be another Dylann Roof, and maybe both of them were part of the same asshole current that thinks Anders Breivik had a point, and Donald Trump's violent rhetoric is never too much?

I don't know, but I know that Iowa Representative Steve King went to be educated on the Holocaust but "both sided" that particular issue.  What does that say about the current Republican party, that they don't denounce him?

And Trump relies upon people like Lou Dobbs and Steve King. Without his racists, what sort of apprentice is he? But even with them, he is one who incites violence and then has the very tough job of pretending he cares it happens, and has to say formulaic and anodyne words.   And then has the nerve to call violent the people who speak out against him.

Trump is president, but let's not be fooled that he is in charge. He raised spirits he doesn't know what to do about, because he never was the leader we needed. And it will mean violence, and he will try to blame it on others, like Democrats, for as long as he has a stump to croak from.

But it is still and always stupid--he can not control the whirlwind he has sown, but he will surely reap it.

I adore "Fantasia"! The dumb forces that Trump has unleashed may very well already be beyond his control. If, that is, he had the slightest inclination to control them!

https://www.youtube.com/watch?v=nhavaXOynO8 with a little effort you will find black guys with "whiteface"., too.

Hi, Ed! Sure. I'm pretty old, so I remember watching Saturday Night Live when Eddie Murphy did a brilliant whiteface satire "white like me" which was a send up of black people's worst imaginings of what I don't even think was called "white privilege" yet was like, when there weren't any black people in the room. I know about the Wayans' 2004 movie "White Chicks", which had not only white face, but gender bending with black males in heavy prosthetics to appear as not just white but basic blonde girls. This movie was not made for me, personally, and the makeup really creates a kind of uncanny valley effect that is...unaesthetic, I guess. But while you can find whiteface, the whiteface is actually not a substitution for white people, but usually with an explanation for why the black person is wearing this ersatz skin. It's intrinsic to a plot point, generally, as opposed to being just an aping of another person's actual body in the form known as a travesty.


The history of black minstrelsy in America had been a way for white people to bring a form of black "entertainment' into white-inclusive only spaces. The point was to depict black persons as, and reinforce impressions of, their worst stereotypes. There is no comparison with blackface and whiteface depictions, because only one can boast being aligned with actual systemic ethnic repression. With a little effort, anyone could understand that all things are not equal, with respect to those things.

That's pretty good, Vixen, juxtaposing Fantasia and Megyn Kelly. We like to sing a parody of Jiminy Cricket.

“Fairy tales can come true it can happen to you IFYOUREMEGYNKELLY!”

Not much to say about politics, because the election will tell us something in a week.

In the meantime, more pork to be shared, another boon to be doggled, another log to be rolled, all in the quest of a more perfect union.