The MTP Dauphin and the High Broderist Cult 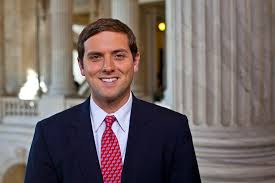 John Amato has a nice clip of Luke Russert with a hot take that's a hot mess--he suggested in front of a camera that certain interruptions or complaints by House Democrats in the middle of Thursday's Benghazi hearing "blocked" more damaging questions that could have been leveled at former Secretary of State Hillary Clinton.

Like that would have stopped them from bringing out more serious questions if they had them. Of course that's stupid. But when I stepped back and saw who came up with that weird-ass notion, it became clear.

Luke Russert, unlike other journalists who had to marinate in Washington DC culture or mainstream journalism for a while before converting to the both-siderist faith, has been born and baptized to it. Having heard "both sides do it" from the cradle, he is able to see the political theater started by House Republicans against a particular Democratic figure as also being played for strictly political reasons by House Democrats with equal culpability--even if that is by no means the case. But his articles of faith possibly may insist on this view.

I've joked that Luke Russert is the Dauphin of Meet the Press, and that David Gregory and Chuck Todd had only been charged with serving out a kind of Regency until the boy journalist proves he's man enough to handle the reins. The thing is, he can't ever be any good without dues-paying, and he's never going to be positioned to do that. But it never really struck me before that the cult of High Broderism also has an aristocracy, now. Fancy children of today's journalists and pols chummily winding up both-sidering their way across our screens like Village criers telling us all is well, and both sides do it, so shut up and deal.

I find it boring and distasteful. The Ancien Regime media needs a revolution. (For maximum futility, consider this sort of thing why I blog.)
at October 24, 2015