Used to Call Me on My Cell Phone 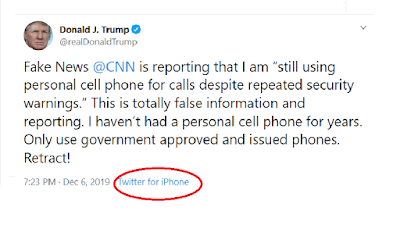 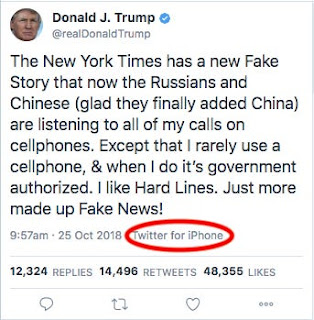 It's just possible that both times the Tweets were actually sent by aides that Trump dictated his Tweets to or written by someone else.

But all Tweeting aside, the idea that Trump has given his personal cell phone number to other world leaders in an attempt to evade White House record-keeping while leaving these communications subject to potential foreign eavesdropping is pretty disturbing. If he wants to keep his communications away from the prying eyes and ears of federal employees and from the American people, any information digitally picked up by foreign interests leaves him open to blackmail. (Assuming, which I don't actually, that he isn't already as compromised as a very compromised thing.)

It would be really quite something if "but his cell phone" had anything like the impact on this upcoming election that "but her emails" did the last one. But call me skeptical about it. IOKIYAR seems to be very much in effect--actually, Trump seems to be the most extreme example of it I can recall.