The Talisman of the American Religion 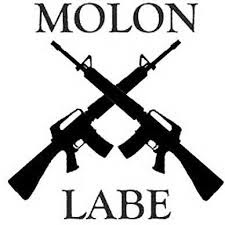 As seen with Rep. Dan Crenshaw's interesting take on loaning firearms out to a friend in need, whenever the subject turns to gun control in the US, we have some pretty strange turns of conversation that reveal a lot about how people view guns not as a tool for home defense, but as a cultural artifact. Maybe it's the "Wild West" mythos that informs notions of how America grew into the big bad country we are today, or maybe in part it's the "Dirty Harry"/"Death Wish" movies of the 1970's and 80's that glorified armed vigilantism against violent crime, but this country's attitude about guns is effectively talismanic: the gun takes on a kind of power in the mind beyond what it does to the human body when it fires projectiles into it. It's a thing of value not for what it does, but what it represents. (Freedom, power, protection, and control.)

I can't say I've read a lot of literature about this, but the connection between guns and God in this country, anyway, seems pretty-well established--"Thou shalt not grab our guns" has become one of the Ten Commandments. The idea of a "God-given right" to owning any material thing, like a gun, doesn't exactly make a lot of sense to me, first of all, because I'm not going to presuppose there even is a deity, but second--a gun? A right to self-defense seems perfectly clear--you were born with a life, a body, it's yours, protect it! But guns are made by humans, we aren't born with them. They don't grow on trees. Do we assume one has a right to a heroin needle or a Lamborghini or a full-length mink? Everything is conditional. Most gun control people aren't even looking to stop all people from having all guns; just some people (people who are liable to do violent things for reasons other than self-defense) or for certain guns (high-volume round rifles that can kill masses of humanity faster than your hypothetical "good guy with a gun" can even get it out of his shoulder holster). But the gun itself is not to blame, says the religion of the gun, but the fallen nature of humanity. Or mental illness, Satan, video games. Just don't blame the poor innocent tool.

The guns are good. It's the people that are wrong.

Myself, I would say material objects don't have any morality, that much is obvious, but people can be pretty screwed-up, and that's a sensible reason to just not have weapons so easily to hand.

We've adopted the idea that the individual right to a gun, as opposed to the right of a standing militia or even a police force to bear arms, is the intention of the second amendment, and some have been utilizing this message to suppose that any interference with individual rights is going to lead to some catastrophe--an America that is not America. The NRA has fairly effectively propagandized about that, coming close to saying that the people who want to control who has what firepower are undermining the country, are traitors. (This sort of thing has earned the NRA the label of "domestic terrorist group" in San Francisco,  which, if I have any read on the signifiers, would be viewed as a badge of honor for culture warriors.) There are some popular (well, I don't know how popular) cultural works to that effect as well. Taking guns is both fascism and socialism, and making us sitting ducks for the eventual North Korean invasion.  (Or maybe it's just gun control without that other stuff like they have in the UK, Australia, New Zealand and all, and if North Korea or anyone else can invade us without the US military at least slowing it down, we are all so much more screwed than what a trip to AK's 'r' US  is going to do for ya.)

But I just feel the need to rag for the moment on some of these conservative responses of late regarding the Talismanic Boomstick.  Like Meghan McCain and her spouse, the guy who knows who funds The Federalist, who both predicted violence from gun owners if they had to part with their prized very large guns. There was an assault rifle ban in the US once before and people did not actually go batshit. We coped with it. You can shoot other guns. I think the funny thing is imagining either McCain or Domenech actually dispatching a felon themselves. Don't they have people for that? So quaint!

It's just the property rights of rich folks when they grouse about it (so rugged and sporty, the shooting, out on the land), but it takes a bit of a darker turn when Tucker Carlson basically calls for civil war over gun control on his show, because, well. White supremacist militia-type dudes think Tucker is the bomb.  The other two were signifying--he's telegraphing. To an audience that might think The Turner Diaries is a handbook.

But the idea that there's a potential war afoot and guns are the answer has been a thing. A friend of my dad's literally bought a Chinese copy AK-47 because of the day the "race war comes" because you just never know. That goes a bit beyond the idea of "home defense" though. As does Erick Erickson:

I know people who keep AR-15's buried because they're afraid one day the government might come for them. I know others who are stockpiling them. It is not a stretch to say there'd be violence if the gov't tried to confiscate them. https://t.co/YOknHLk9aY
— Erick Erickson (@EWErickson) September 4, 2019

You know, if the AR-15 is buried, it really isn't useful for home defense. I mean, how do you even usefully get to it? And if they were buried, what's to fight about? They would be of the same use to a person turned over to the Feds as in the ground. That's just stupid. At least with a buy-back program, you get your stupid money back for a thing you put in the damn dumb ground. As for stockpiling them--why? To go full Waco? (Never go full Waco. The government always has you outgunned. It's their job.)

But for the best talismanic signifying, I think, to end on comic relief, is Noah Rothman:


I’ve only ever lived in sapphire blue NJ, but when you have to put down a varmint that’s eating neighborhood pets, you borrow your neighbor’s .22 to do it. This isn’t even “Real America” bravado. It’s just life. https://t.co/Guqh4LGGuJ
— Noah Rothman (@NoahCRothman) September 4, 2019 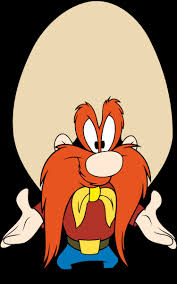 Okay. There are black bears in North Jersey, so let me suggest that instead of staging The Revenant 2: What Happened to Fluffy? that you go ahead and dial up the Division of Fish and Wildlife if something is big enough to eat your pets because a .22 is just going to annoy it. Yes, that's not "Real America" bravado. That's pretending you think your neighbor would lend you their .22 to pot divots in your lawn to distress a racoon. But wouldn't one look so workmanlike doing it?

Long story short, guns are not innately good, magic, don't work underground, and probably won't help you in a mass shooting or even with exurban yard pests if you need to borrow one. The odds that you will ever shoot an actual bad guy, and not yourself or a family member or whatever, are not great. The Second Amendment isn't really about individual gun ownership and isn't a religious law, but a man-made law that can be changed.

If you are a responsible law-abiding gun owner, having to switch to a slightly less-effective killing machine shouldn't really mess with your head. Who needs to defend their property with an AR-15? Are you the Medellin cartel? You have a seven year old car with four year old tires and all your jewelry came from JCPenney. (Unless you are Carlson or the McMeghans.)  I'm just guessing. But you know what I mean.
Posted by Vixen Strangely at 1:30 AM

Ave Vixen.
As you know, in the US we are created by a Creator and endowed with life, liberty, and the pursuit of happiness.

In United States philosophy the relationship between the Creator and ourselves is likened to an endowment. So a definite relationship is stated between ourselves and a “Creator.”

This gives an individual metaphysical status. And that status is a direct link between the Absolute and our individual lives. As a consequence when a criminal attacks a citizen, the criminal is in a sense attacking the absolute nature of reality, that is, the Creator.

In US philosophy it is an extreme transgression to try and criminally end the life of one who is endowed by the Creator. Self-defense is so enshrined in US philosophy because we're not regarded as an animal fighting for survival; we are regarded as an intelligence directly involved with the Creator and therefore to an extent supreme. This is very much like the concept of the Ychida where we are hot-wired into divinity and cannot be separated from it (unification with Ayn Sof).

This is somewhat like Immanuel Kant's demonstration that every individual is the supreme work of an artist and therefore should be treated as such. In the US, unlike most other countries, there is a recognition of a US citizen's divine status and therefore the ability of self-defense cannot be compromised.

In self-defense one is basically shooting to “stop” and one needs to have sufficient firepower to do that. Debates go on about calibers, velocities, number of rounds. The only thing one can say for sure is that you need to have enough. And whether you are talking about one weapon or another is to some extent a personal decision about what satisfies the requirements. It is understood that the Second Amendment basically protects all of the other amendments. If a citizenry is disarmed they can be stopped from exercising any of the other rights.

I realize that not everyone would agree with these propositions, but America has a definite formula, and it is a good one. One of the many reasons that I like the Qaballah is that Geburah demonstrates an awareness of the requirements for defending important values.