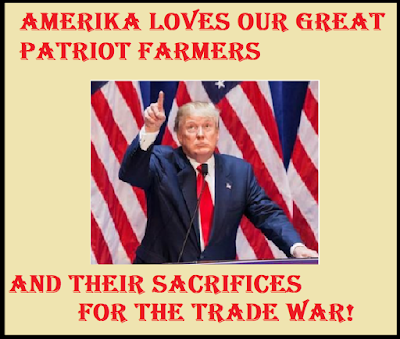 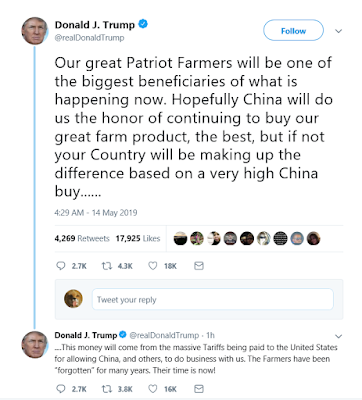 He still isn't actually saying that American consumers will be paying the tariffs, and his Tweets make no actual sense, but then, neither do his advisers.

Simply rest assured, sacrifices must be made in a trade war, but Trump still believes they "easy to win".

A former Trump aide to @jonathanvswan: There’s little hope in trying to convince the president that China does not, in fact, pay the tariffs, because Trump’s belief in them is “like theology.” https://t.co/9EO5g4F37i pic.twitter.com/nhFSSd4K7k

Posted by Vixen Strangely at 8:44 AM