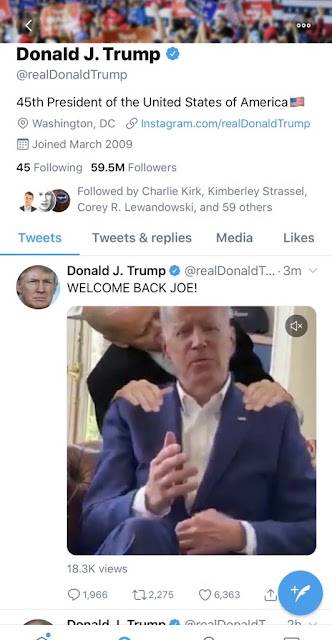 I'm referring, of course, to Donald Trump. I'm not sure how he believes he is in a position to mock former Vice President Biden given Trump's long and shabby history of inappropriate touching, comments, and credible assault charges, but, well, nothing stops Trump from continuing to be a figure of public shame--an entirely disgraceful cartoon.

UPDATE: And of course it sounds petty, but it's not the first time Trump has picked a unique way to commemorate Sexual Assault Awareness Month.
Posted by Vixen Strangely at 2:23 PM