We Aimed High, Is What Happened 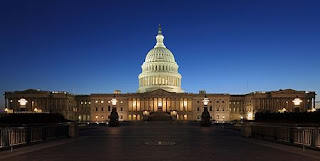 There is something that feels incomplete to me about the 2018 midterm elections--there are still, of course, some races yet to be called, and some that may lead to a run-off or recount. I know there is some disappointment that some of the superstars of this campaign season, like Beto O'Rourke, Stacy Abrams, and Andrew Gillum just didn't walk away with the seats they ran for--but to be really honest--this is Texas, Georgia, and Florida we're talking about, and we are honestly talking about them as having become competitive.

That is not any kind of disappointment, as far as I can tell. Also, I am not convinced we've heard the end of the Abrams and Gillam races (where, sorry, Mr. President, I know pretty well who the more truly qualified candidates were). Now, I've been around (at least since 2000), and I really don't have a problem saying that there is fuckery afoot about Florida's vote-counting (I think the Scott/Nelson race is due for a recount at my last check-in), but c'mon, everybody--if we can't 'fess up that Kemp was out there cheating his ass off, we need to get honest, because he was open about it (I may have more to say about this one, but leaving out the folks purged from the voter rolls, and the messing around with the machines,  and the appeals to bigotry, there was his actual saying he worried about all the votes counting.

And well, Texas is going to do Texas. Beto O'Rourke was hella popular in Texas, and really hella popular outside of Texas with people like me, because he is relatable. He and Ted Cruz are not much different in age, but O'Rourke seemed to me more like my generation (he's days younger than myself) and my kind of music, if that makes sense. And we can talk about the limits of charisma, but he brought a serious challenge where Dems really shouldn't have been able to expect one, and I can't help but think the effect of energizing liberal voters actually did put a few TX US Rep. candidates over. The pity isn't that Cruz won, you know. It's that he didn't lose.

And here's where we are--with the US House now majority Dem, with a few tough losses in the Senate, like Heidi Heitkamp and Claire McCaskill ("red states with blue ladies" just sounds like a country song waiting to happen) and several new Democratic governors and majorities in state legislatures--

It was a good night. If it feels a little anti-climactic, I think the thing is, Democratic supporters aimed really high, and for what it's worth--that was key in doing as well we did! We need to look at Democratic candidates as being good to go everywhere, like how Jacky Rosen handed Sen. Dean Heller a loss. One great thing that happened was our slate brought diversity--there are more women in office! Representation matters!

Anyway, my takeaway is, as Browning said, "a man's reach should exceed his grasp, Or what's a heaven for?" And I think the newly Democratic US House come January will find an awful lot to reach for.