The Bride at Every Wedding 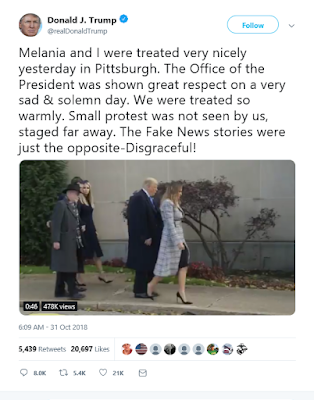 It really is something, isn't it, to know that on the occasion of the burial of the brutally slain, some people were able to show great respect to "the Office of the President".

Just so you know why it was important for him to be there. To be publically president at people, whether they wanted him there, or not. 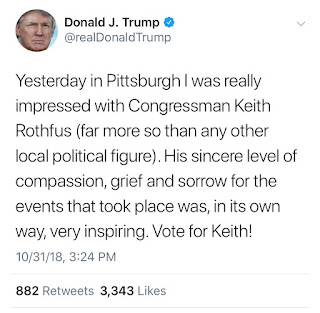 One guy was even particularly nice to him, so people should vote for that guy. Those other people, well...

I' m not sure people were aware they were being graded on their grieving.

Posted by Vixen Strangely at 10:16 AM

Because I need to be that girl, I will note that Rothfus lost to Conor Lamb. Because a Trump endorsement only goes so far, but being good at what you do goes everywhere.