We All Tell Little White Lies 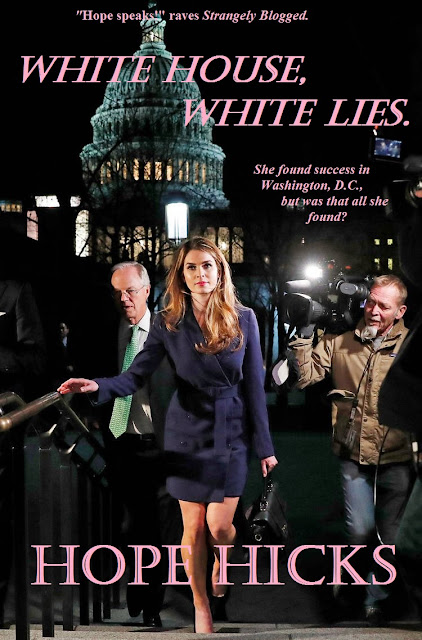 I'm sure any White House Communications Director might say out loud where the people can hear that telling "white lies" is part of her job, while clamming up about most everything else.

When I hear people aren't talking to Congress, I tend to think they will be more forthcoming with Mueller, now.


UPDATE: Aaaannd Hope Hicks has resigned from her position at the White House, stating that she would like to pursue opportunities outside of the White House. There seems to be some question about whether she really had been thinking about resigning for some times (if not months, then, at least, weeks) or whether this resignation was prompted by her performance at the hearing in dropping the confession that occasionally, she had to lie. I feel like it would be very strange if she did want to stay in an increasingly hostile and stressful environment and probably did have leaving planned. I also wouldn't think it had nothing whatsoever to do with the Russia investigation--but not the House intelligence probe part, because that's bollocks and no one faces any repercussions, and I don't think anyone would necessarily be shocked about an admission of just a wee bit of lying by this particular White House's standards. Other administrations--yes. This one, no.

What made me pretty sure she already had her mental desk cleared was the pictures in which she has what I guess I'd call a "Mona Lisa smile". And I am somewhat more persuaded that the conversation with the Mueller probe is coming, especially because of her part in crafting the statement to cover up Don Jr's Russian contacts during the campaign, and her regular statements that she didn't know of any contacts between campaign personnel and Russia, which almost certainly has to be...at least gray lies, wouldn't you think?

Posted by Vixen Strangely at 12:54 PM