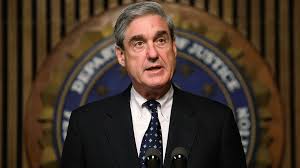 I've been away so long I hardly know this place, but damn, it's good to be back home--

You know I hate taking a break from blogging, even if it is to catch up on much-needed shut-eye, especially when the TrumpWorld Grab-Bag is getting so extremely full. The last few days have been like a whirlwind of activity and revelations, and it's been difficult to sort the importance of things that should all entirely be BIG NEWS that get lost in the BIG FOREST OF NEWS that we always seem to be in the midst of.

So--take a thing like AG Jeff Sessions, the head of the Department of Justice, taking questioning in the Mueller investigation regarding the Russian intervention into the 2016 presidential election, from which Sessions is recusing himself, because he not only was part of the campaign and the transition team, but met with Russians and lied about it in his confirmation hearing. That whole thing right there is a weird dynamic. Sessions recused himself from the Russia investigation, but didn't exactly have nothing to do with the firing of James Comey. James Comey, for his part, recounted it being strange that Trump wanted to talk with him about loyalty without Sessions being present. This was the kind of weird that made Comey start taking notes, because it did not feel kosher--

And it doesn't seem to have been, because Trump, in addition to loyalty, wanted reassurances about Mike Flynn, whom he should have known by then was looking like a very compromised thing. Did Sessions know what Trump was going to speak with Comey about? I'm sure Mueller would want to know.

It's damn interesting, and has echoes in the recent news that Deputy FBI Director Andrew McCabe, who has been the subject of Trumpian scorn, was asked how he voted in the 2016 election.  It doesn't seem like small talk to me, or like a "getting to know one's staff" sort of question, in light of many things we do know about Trump. It seems rather exactly like an attempt to again find an FBI senior official he could trust to soft pedal or even squash an investigation into any connection between Russia and the Trump Campaign. Loyalty is rewarded--the perception of something less? Is about being a target. In other news regarding McCabe, the Trump appointed FBI director, Christopher Wray, went to bat for McCabe, threatening to resign if McCabe was forced out. Trump relented--I guess.

It seems that Trump and his allies don't have a problem smearing the FBI to pretend that the investigation of the very real Russian involvement into the 2016 election and his very real (as in, he's in the White House) benefit from the same, is about some partisan motivation. A telephonic glitch that affected the text messages of thousands of DOJ personnel that was eventually restored, was treated like a ghoulish deep state cover-up.  A sarcastic joke between FBI associates about a "secret society" was treated as being quite sinister indeed. But these misleading stories bandied about by Trump fans are little compared to the dopey memo that Trump's Congressional Renfield, Devin Nunes, wants everyone to see, and no one to see.  Fox News' Last Honest Man, Shep Smith, breaks that thing down for us.

The distractions are obvious and can't entirely eclipse anything like the news that Trump actually did try to order the firing of Special Counsel Mueller, and had to be talked out of it by White House Counsel Don McGahn, doing the odd duty of protecting both the office of the White House and the ass of the person occupying it from actually obstructing of justice in the attempt to stop an obstruction of justice investigation.  Even though several folks told us Trump never had that on his mind at all. There's good reason to believe that Mueller knows very well what was going on, and has some opinion of it. He knows an awful lot about what has happened in the White House because he has talked to so many people.

We don't have any reason to think that Trump learns from past mistakes. If the furor over Trump firing Comey didn't stop him from thinking he should be able to fire Mueller, he is liable to try again.  He just can't do it himself so he'll try it through Rod Rosenstein. Or fire that guy. Trump doesn't respect the process or the rule of law. He doesn't want to suffer close scrutiny. This should be a tell. He acts like there is, indeed, something to see here.

* Why, yes, I did post this late last night and then pulled it until I could do a major edit. I think I am suffering from some kind of Trump fatigue where there are simply too many threads to weave together at once, defying my ability to grammatically and logically hold it all together, especially when way past my bedtime. Many apologies for my earlier, unclear and error-ridden writing.