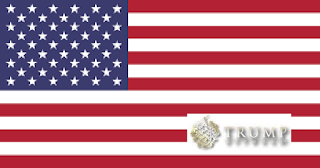 It seems like just yesterday, then-candidate Donald Trump was offering us an opportunity to let him fix America's branding. Today, it looks an awful lot like now-President Trump is using the White House to help his (and Ivanka's) brand.

It was kind of hard not to notice that Donald Trump hasn't divested from his various holdings, and that he uses them and sort of promotes them (as does his Press Secretary) to the extent that even the Pentagon is considering renting space at Trump Tower. For convenience, of course. It might be a bit less obvious when Melania Trump's business was promoted on the White House website, although it's really hard to miss her recent lawsuit claiming damages because all the business opportunities she might have expected as First Lady were in jeopardy due to assorted scurrilous allegations. (Said opportunities were not in any jeopardy, apparently, due to possible ethical qualms.)

But Trump's Tweeted "defense" of his daughter Ivanka's brand and her "unfair" treatment by Nordstrom seems to take on a whole other level of interest. The Tweet:

I think the thing that sticks out at me is that he's implying that Nordstrom is making a kind of moral choice rather than a business one--Ivanka is great! Nordstrom is unfair! But Nordstrom has made a point of saying this isn't anything political at all--sales for Ivanka Trump merchandise simply dropped. Are they obligated to keep lines of product in stock that they can't shift? They aren't even the only business experiencing "Ivanka fatigue". (And for a switch, Trump's Tweet about Nordstrom doesn't seem to have hurt their shareholder value.)

But that is just a father defending his daughter's brand, right? He doesn't like to see his daughter's name-value suffer. That alone would seem touching, right there--but it didn't stay right there. He re-Tweeted this comment under his @POTUS account, which is sort of an official stamp, and then the matter was taken up in a WH press briefing, with Sean Spicer baldly stating that

"There's a targeting of her brand and it's her name," Spicer said. "She's not directly running the company. It's still her name on it. There are clearly efforts to undermine that name based on her father's positions on particular policies that he's taken. This is a direct attack on his policies and her name. Her because she is being maligned because they have a problem with his policies."


She's not running the company, but she hasn't divested from it anymore than her father has from his. If her business is undermined by association with her father's policies and her support of them, this is happening at the consumer level. People are "voting with their wallets".  Free. Bloody. Marketplace.

And then it got absurd, when KellyAnne Conway literally turned a spot on Fox News into a commercial to promote Ivanka's stuff.  She's a White House Counselor. She's a trained lawyer. She had to know this was not ethical. But there just isn't any separating Donald Trump or his daughter as political entities from their business selves--not least of all because neither of them took steps to do so. So perhaps unpopular political views will hurt their business brand--I'm not entirely sure how this could have been unanticipated.

I do believe, however, that despite the current partnership with the Trump family, America's brand should endure.
Posted by Vixen Strangely at 12:47 AM