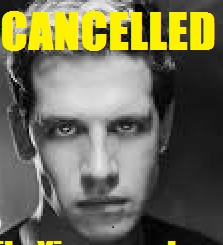 So, apparently, if someone unearths easily-Googled video of a person saying something that is heinous after that person's having said and written lots of heinous things, in about 24 hours, this can result in that person losing a speaking opportunity at a hard-right political conference, have one's current employment under question, and lose a book deal.

Note: it's not like he changed or something--that was who he already was.  It's just everyone knowing that's a problem. I also note with some interest Twitter comments calling this an example of a liberal double standard. Because he was invited and disinvited to CPAC? Because Simon and Shuster thought he had an interesting point of view until it became a financially uninteresting one? Because fellow Breitbart writers think he's a problem right now?

Posted by Vixen Strangely at 11:39 PM

Hi Vixen, I'm always intrigued by the disconnect between what happens on TV and the Internet compared to what happens when I step outside the door. When I look at various electronic devices inside the house, it's an explosive, volatile mixture of breathless vitriol. When I step outside my door all that completely disappears and is nonexistent. Outside my door very few people follow politics. (My doctor says he ignores politics until 2 weeks before an election and then does a bunch of research.) It's very reassuring outside my door, because on my electronic devices the world is crazy.

Outside my door people like Milo just fine. I live in a red state (as you do) in a red county and in a red town. People are conservative with their money (financially thrifty), conservative in the way they raise their kids, and in the friendly way they deal with each other. Occasionally one runs into a liberal and then both parties make some slightly embarrassing dismissive comment and then go to another subject. People get along fine. In my outside-the-door world everyone has an appreciation for Milo to the extent they pay any attention and think it's a good idea for him to address a conservative group.

Inside my house with the electronic devices, God is somehow being betrayed if Mile speaks at CPAC. This is the real-life disconnect between political junkies and regular people who live in the real world. In the real world people do not live in high-pressure hothouses. They have real issues to be concerned with.

What Milo explained about the way things work in the gay world is true. The fact is that many underage boys are sucked in to the gay lifestyle because of the attention and the attraction older men bestow on them. One of the gay bars in my old town had a slave auction once a week (all in good fun), and some of the “slaves” were underage males. You've seen a lot of this recently in the priesthood. One time one of my gay friends told me he had been watching TV and heard a PSA on this very subject and it suddenly struck him, “Hey, they're talking about my friends!” The gay world is not excluded from abuses and the alterations of people's ordinary sexual development because of intervention from older men. I will have to say that I haven't run into many lesbians intentionally targeting underage girls, although some of the things about this culture is open to criticism. And by the way, God help you if you are a little boy or girl and wind up with the wrong teacher. Almost weekly another teacher is condemned for sexual abuse of a student.

Of course you can make all the same criticisms about the heterosexual world. Middle-aged guys with their new divorces and receding hairlines wearing a lot of gold chains and driving in their Jaguar convertibles.. there is a frequent attraction to good-looking young women. And then there are opportunities like sugar daddies where young women intentionally advertise themselves to older men for financial rewards.

Human sexuality is one big mess. And it's one of the areas that human beings have never been able to fix. Sure, we can go to the moon. We can create wireless technology. We can eradicate smallpox. But don't think for a second that we can figure out how to fix human sexuality. Everybody I know is fine with Milo and understands that he was talking about abuse he suffered as a 13 year old. Regrettably it's not rare, and people are just fine with him speaking at CPAC. But that is in the real world outside my front door.